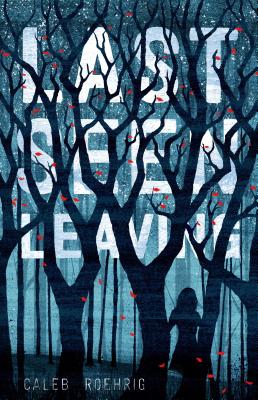 Flynn's girlfriend, January, is missing. The cops are asking question he can't answer, and her friends are telling stories that don't add up. All eyes are on Flynn—as January's boyfriend, he must know something.

"This truly hair-raising, stand-out mystery thriller from debut author Roehrig will keep readers guessing, even until the end."--Booklist, starred review

"The characters are believable, the mystery is interesting, and the action is often fast-paced. Flynn’s internal struggle to open up about his sexuality carries weight, and readers will be drawn into his emotional journey and his adventures in amateur sleuthing...A fun mystery with a credible emotional pull." -- School Library Journal

Caleb Roehrig's debut YA thriller, Last Seen Leaving, was called one of the Best YA Novels of 2016 by Buzzfeed.com. Caleb lives with his husband in Los Angeles.
Loading...
or support indie stores by buying on