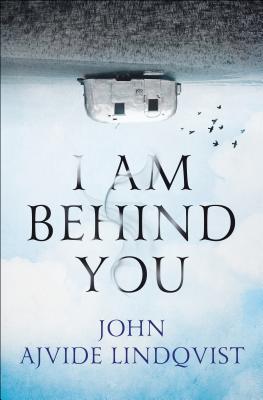 I Am Behind You

A compelling, eerie new novel from the internationally bestselling author of Let the Right One In.

"At the top of his game, Lindqvist gives Stephen King and John Saul at their best a run for the money." —Library Journal (starred)

"Dubbed the Stephen King of Sweden, Lindqvist lives up to the billing." —New York Post

Four families wake up one morning in their trailer on an ordinary campsite. However, during the night something strange has happened. Everything outside the camping grounds has disappeared, and the world has been transformed into an endless expanse of grass. The sky is blue, but there is no sign of the sun; there are no trees, no flowers, no birds. And every radio plays nothing but the songs of sixties pop icon Peter Himmelstrand.

As the holiday-makers try to come to terms with what has happened, they are forced to confront their deepest fears and secret desires. Past events that each of them has tried to bury rise to the surface and take on terrifying physical forms. Can any of them find a way back to reality?


Praise For I Am Behind You…

"Nothing is as it first seems in John Ajvide Lindqvist's uncanny and utterly engrossing horror novel I Am Behind You....Lindqvist (Let the Right One In, Little Star) has been compared by several critics with Stephen King, and here it's easy to see why. Like the American horror master, Lindqvist draws characters with fascinating interiors and believable histories....Imaginative and complexly structured, I Am Behind You is an outstanding work of oddball, literary horror." — Shelf Awarensess (starred review)

"In an exercise recalling Stephen King's Under the Dome (2009), Lindqvist, an author capable of imbuing
his terrifying tales with heavy doses of emotion, crash-lands characters into an absurd situation—and then
lets chaos reign...the results are chilling." —Booklist

"One of the hottest writers in the horror genre." —Mystery Scene

"A unique and humanistic take on the undead that has a place alongside thoughtful horror novels like World War Z." —Kirkus Reviews (starred)

"A future horror classic and a firm pronouncement that John Ajvide Lindqvist is a force to reckoned with. Brilliant. A true horror story." —MTV.com

"As good a horror novel as I've read all year...Truly establishes Lindqvist as a horror heavyweight. Intermittently touching, disturbing, and horrifying." —BloodyDisgusting.com

John Ajvide Lindqvist is the author of Let the Right One In and Handling the Undead. Let The Right One In, his debut novel, was an instant bestseller in Sweden and was named Best Novel in Translation 2005 in Norway. The Swedish film adaptation, directed by Tomas Alfredsson, has won top honors at film festivals all over the globe, including Best Narrative Feature at the Tribeca Film Festival. An American remake, Let Me In, written and directed by Cloverfield director Matt Reeves, was released in October 2010 to rave reviews. Lindqvist grew up in Blackeberg, a suburb of Stockholm and the setting for Let the Right One In. Wanting to become something awful and fantastic, he first became a conjurer, and then was a stand-up comedian for twelve years. He has also written for Swedish television. He lives in Sweden.
Loading...
or support indie stores by buying on
(This book is on backorder)