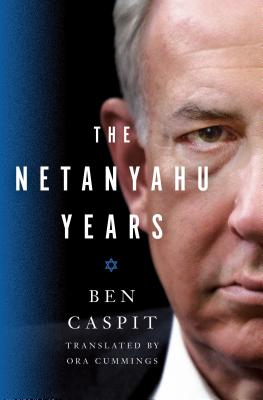 Caspit covers a wide swath of topics, including Netanyahu’s policies, his political struggles, and his fight against the Iranian nuclear program, and zeroes in on Netanyahu’s love/hate relationship with the American administration, America’s Jews, and his alliances with American business magnates.

A timely and important book, The Netanyahu Years is a primer for anyone looking to understand this world leader.

BEN CASPIT is a senior columnist for the leading Israeli daily, Ma’ariv, and a regular contributor to its weekend supplement. For almost thirty years, he has been a highly respected commentator on politics, diplomacy, military affairs, and the peace process. Caspit has anchored various television news programs and radio broadcasts for the past 15 years. He lives in Israel. Ben is the author of Netanyahu: The Road to Power and The Netanyahu Years.

Praise For The Netanyahu Years…

"A must-read for anyone eager to learn about one of Israel’s longest-standing political figures.” —Atlanta Jewish Times

"The Netanyahu Years is a passionate, impressionistic account of this divisive, oddly compelling world leader...Caspit writes that history will hand down its verdict on Netanyahu in its own time; this book will be indispensable in that process." —Christian Science Monitor