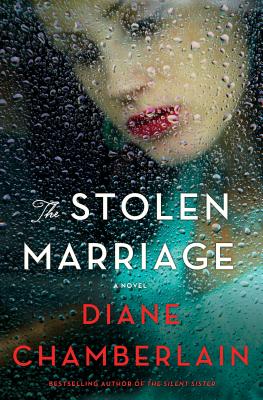 Steeped in history and filled with heart-wrenching twists, The Stolen Marriage is an emotionally captivating novel of secrets, betrayals, prejudice, and forgiveness. It showcases Diane Chamberlain at the top of her talent.

One mistake, one fateful night, and Tess DeMello’s life is changed forever.

It is 1944. Pregnant, alone, and riddled with guilt, twenty-three-year-old Tess DeMello abruptly gives up her budding career as a nurse and ends her engagement to the love of her life, unable to live a lie. Instead, she turns to the baby’s father for help and agrees to marry him, moving to the small, rural town of Hickory, North Carolina. Tess’s new husband, Henry Kraft, is a secretive man who often stays out all night, hides money from his new wife, and shows her no affection. Tess quickly realizes she’s trapped in a strange and loveless marriage with no way out.

The people of Hickory love and respect Henry but see Tess as an outsider, treating her with suspicion and disdain. When one of the town’s golden girls dies in a terrible accident, everyone holds Tess responsible. But Henry keeps his secrets even closer now, though it seems that everyone knows something about him that Tess does not.

When a sudden polio epidemic strikes Hickory, the townspeople band together to build a polio hospital. Tess knows she is needed and defies Henry’s wishes to begin working at there. Through this work, she begins to find purpose and meaning. Yet at home, Henry’s actions grow more alarming by the day. As Tess works to save the lives of her patients, can she untangle the truth behind her husband’s mysterious behavior and find the love—and the life—she was meant to have?

Praise for The Stolen Marriage:

"The Stolen Marriage is the kind of story that will grab you and refuse to let you go until you turn the last page." —All About Romance

"Readers will be sucked in immediately...you just can't go wrong with a book with [Chamberlain's] name on the cover." —Southern Pines Pilot

Praise For The Stolen Marriage: A Novel…

Praise for The Stolen Marriage:

"The Stolen Marriage is the kind of story that will grab you and refuse to let you go until you turn the last page." —All About Romance

"Readers will be sucked in immediately...you just can't go wrong with a book with [Chamberlain's] name on the cover." —Southern Pines Pilot

Praise for The Silent Sister

“Chamberlain has written an excellent novel with well-thought-out plotlines that never lose the suspense lover’s interest for one solitary second.” –Suspense Magazine

“Chamberlain’s powerful story is a page-turner to the very end.” –Library Journal

“A story of redemption, paranoia, and the power of shared bonds, The Silent Sister is a powerful and thrilling novel… Tautly paced and emotionally driven.” –Booklist

“Absorbing and haunting, this should strongly touch Chamberlain’s fans and draw those who enjoy Jodi Picoult and Barbara Delinsky.” —Booklist