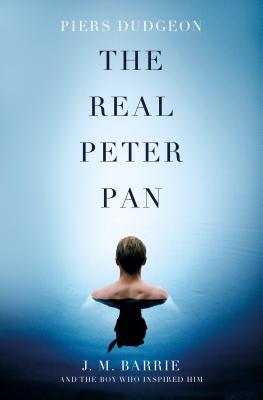 J. M. Barrie and the Boy Who Inspired Him

The world has long been captivated by the story of Peter Pan and the countless movies, plays, musicals, and books that retell the story of Peter, Wendy, and the Lost Boys. Now, in this revealing behind-the-scenes book, author Piers Dudgeon examines the fascinating and complex relationships among Peter Pan's creator, J.M. Barrie, and the family of boys who inspired his work.

After meeting the Llewelyn Davies family in London's Kensington Garden, Barrie struck up an intense friendship with the children and their parents. The innocence of Michael, the fourth of five brothers, went on to influence the creation of Barrie's most famous character, Peter Pan. Barrie was so close to the Llewelyn Davies family that he became trustee and guardian to the boys following the deaths of their parents. Although the relationship between the boys and Barrie (and particularly between Barrie and Michael) was enduring, it was punctuated by the fiercest of tragedies. Throughout the heart-rending saga of Barrie's involvement with the Llewelyn Davies brothers, it is the figure of Michael, the most original and inspirational of their number, and yet also the one whose fate is most pitiable, that stands out.

The Real Peter Pan is a captivating true story of childhood, friendship, war, love, and regret.


Praise For The Real Peter Pan: J. M. Barrie and the Boy Who Inspired Him…

"With his broad knowledge of J.M. Barrie (1860-1937) and his contemporaries, Dudgeon (Maeve Binchy: The Biography, 2014, etc.) tells the disturbing story of his odd relationship with the Llewelyn Davies family." - Kirkus Reviews

PIERS DUDGEON is a writer, editor, and photographer. He worked for ten years as a publisher in London and then started his own company, Pilot Productions. He is the author of bestselling biographies of Catherine Cookson, Edward de Bono, the composer Sir John Tavener, and the novelists Barbara Taylor Bradford, Josephine Cox, J. M. Barrie and Daphne du Maurier.
Loading...
or
Not Currently Available for Direct Purchase