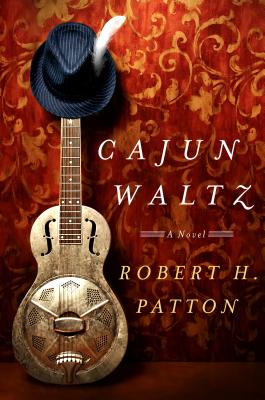 The lyrics of a Cajun waltz may be dark as midnight with heartache and trouble, but still the music swings. The same goes for what happens after a shifty musician and a lonely shopgirl let destiny sweep them into an ill-suited marriage in swampy southwest Louisiana on the eve of the Depression.

Love doesn’t much figure between Richie Bainard and Esther Block. They build a business together while dreaming opposite dreams of fulfillment. But like a gumbo simmering with peppers and spice, desires finally come to a boil.

Three generations of the volatile clan grapple with the region’s economic struggles and racial tensions. The Bainard children, twins Bonnie and R.J. and their half-brother, Seth, pursue separate cravings for money, sex, and religion. The chase in each case runs off the rails thanks to an ex-marine with a soft heart and a brutish devotion, a dazzling young stepmother of mixed race and mixed motives, and a high school tart who proves tougher and truer than all of them. Ultimately it takes the mass devastation of Hurricane Audrey in 1957 to cleanse the reckless passions. The aftermath is painful but pure, like an old blues song that puts tears in your eyes while you dance.


Praise For Cajun Waltz: A Novel…

"If pleasure is your purpose in reading, you will be delighted with Robert Patton’s Cajun Waltz, a novel of unforgettable characters caught in a dysfunctional world of family and place, a stay-with-it story that makes reading a celebration of gladness. And there is this plus: Patton is a remarkably gifted writer, one of the ablest I’ve read in years." -Terry Kay, bestselling author of To Dance with the White Dog

"Wondrous, fresh and oftentimes hilarious, Robert Patton's novel, Cajun Waltz superbly animates the Deep South and its many inherent contradictions. A compelling and vividly written page turner about lives that are alternately stunted by tragedy then brightened by hope. A magnificent romp of a book. I could not put it down." -Deborah Johnson, author of The Secret of Magic, winner of the Harper Lee Prize for Best Legal Fiction

"Robert Patton has written a fabulous novel of passion , race, and violent skullduggery set down in Cajun Country. Distinguish yourself by buying it now."
—Winston Groom, bestselling author of Forrest Gump and the Pulitzer Prize nominated Conversations with the Enemy?

"Robert Patton’s Cajun Waltz moves in triple time following three generations of a clan. We feel their struggles, loves and losses sometimes harshly and sometimes gently through the ebb and flow of time. It all explodes in the howling of a hurricane. We know these people. They are us.”
—Richard Vetere, Pulitzer-nominated playwright and author of The Third Miracle and Champagne and Cocaine

"Patton's novel is raw and atmospheric...mesmerizing [in a] way that readers won't be able to stop turning the pages."-Booklist

ROBERT H. PATTON holds degrees in literature and journalism from Brown University and Northwestern University. He worked as a Capitol Hill reporter, a commercial fisherman, and a real estate developer before publishing his family memoir, The Pattons, to wide acclaim in 1994. He lived in Louisiana before settling in Darien, CT, with his wife.
Loading...
or
Not Currently Available for Direct Purchase