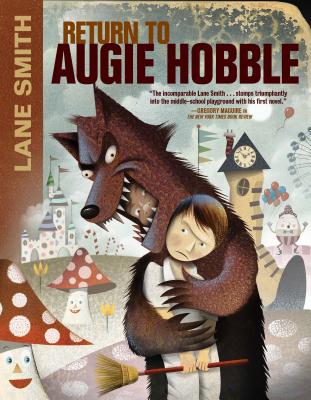 Return to Augie Hobble by Lane Smith is a charming tale about a boy stumbling through life and the supernatural. Hilarious, tender, wise, the book is packed with haunting illustrations throughout that all make for one, unforgettable middle-grade adventure.


Praise For Return to Augie Hobble…

"Smith huffs and puffs and blows the roof off his first novel. . . . Bravo!" —Booklist, starred review

"This unusual, ultimately exultant story is tinged with the supernatural and heartbreaking at its core." —The Wall Street Journal

"Like the late comic master Terry Pratchett, Smith knows how to make profound points lightly as he holds a funhouse mirror to the larger world." —The Washington Post

"Had me cracking up from the first smokin' scene." —Newbery Medalist Jack Gantos