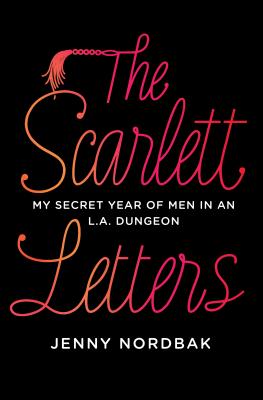 My Secret Year of Men in an L.A. Dungeon

On an unorthodox quest to understand her hidden fantasies, Jenny led a double life for two years. By day she was a construction manager, but at night she became Mistress Scarlett. Working at LA’s longest-running dungeon, she catered to the secret fetishes of clients ranging from accountants to movie stars. She simultaneously developed a career in the complex and male-dominated world of healthcare construction, while spending her nights as a sex worker, dominating men. Far from the standard-issue powerful men who pay to be helpless, Mistress Scarlett’s clientele included men whose fantasies revealed more complex needs, from “Tickle Ed” to “Doggie Dan,” from the “Treasure Trolls” to “Ta-Da Ted.” The Scarlett Letters explores the spectacularly diverse array of human sexuality and the fascinating cast of characters that the author encountered along the way.

Praise For The Scarlett Letters: My Secret Year of Men in an L.A. Dungeon…

"There are no comparisons for The Scarlett Letters, a wholly original jaunt through a life like none you've ever heard of before and will unquestionably not forget any time soon." - Newsweek

"The stories told in this book come at you from every angle: amusing, surprising, funny, touching, insightful. Connecting them all is the central story of a young woman in search of her own truth. This book takes the "coming of age" story to a whole new level. Beautifully done." - Dr. Christopher Ryan, New York Times Bestselling author of Sex at Dawn and host of Tangentially Speaking

"[An] entertaining read... Throughout, Nordbak is sympathetic in describing her clients as well as frank and funny about her own kinks." - Publishers Weekly

"If you've ever wondered exactly what goes on in the kink parlors of L.A., The Scarlett Letters: My Secret Year of Men in an L.A. Dungeon by USC grad Jenny Nordbak will enlighten." - LA Weekly