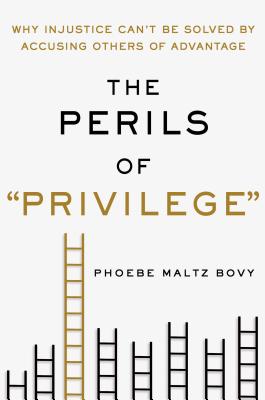 The Perils of "Privilege"

Why Injustice Can't Be Solved by Accusing Others of Advantage

Top 50 Notable Works of Nonfiction in 2017–The Washington Post

“Privilege”—the word, the idea, the accusation that is nearly impossible to disprove—is the new rhetorical power play. From social media to academia, public speech to casual conversation, the word is utilized to brand people of all kinds with a term once reserved exclusively for those who came from wealth and old money—inherited advantage.
Today “privileged” applies to anyone who enjoys an unearned advantage in life, inherited or not. White privilege, male privilege, straight privilege—those conditions make everyday life easier, less stressful, more lucrative, and generally better for those who hold one, two, or all three designations. But what about white female privilege in the context of feminism? Or fixed gender privilege in the context of transgender? Or weight and height privilege in the context of hiring practices and salary levels? Or food privilege in the context of widening inequality for single-parent families?
In The Perils of “Privilege,” Phoebe Maltz Bovy examines the rise of this word into extraordinary potency. Does calling out privilege help to change or soften it? Or simply reinforce it by dividing people against themselves? And is privilege a concept that, in fact, only privileged people are debating? The Perils of “Privilege” explores how this word is deployed, and offers ways to begin anew so many of the conversations it has silenced.


Praise For The Perils of "Privilege": Why Injustice Can't Be Solved by Accusing Others of Advantage…

"The last thing on 'privilege' you'll ever need to read." --The Washington Post

"Maltz Bovy’s book makes important points [...] The author is at her strongest when she points out the ways in which calling out privilege ends up maintaining the status quo, because examining privilege isn’t the same thing as changing the system." - Lilith

"A thoughtful, sometimes provocative book that wonders aloud at the limitations of privilege rhetoric by exploring how it intersects with other cultural contexts, including feminism, the trans movement, race, and beyond." --Refinery29

"A compelling argument about the damaging potential of privilege accusations." --bitch Magazine

"Honest...Maltz Bovy examines [a] monumental switch in thinking and the many dangers that come with it." --The Good Men Project

Phoebe Maltz Bovy is a writer living in Toronto. Her work has appeared in The New Republic and The Atlantic, among other publications. She has a doctorate in French and French Studies from New York University.
Loading...
or
Not Currently Available for Direct Purchase