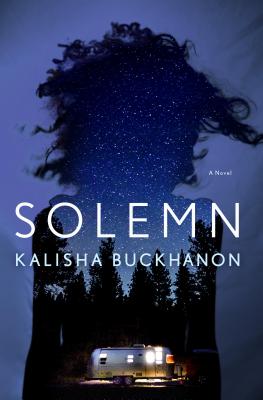 Solemn Redvine is a precocious Mississippi girl who senses a nearby baby may be her half-sibling: the outcome of her father's mistakes with a married woman who lives in their trailer park. After Solemn witnesses a man throw the baby down a community well, she struggles to understand the event, leaving her forever changed.
As Solemn finds refuge in fantasies of stardom as well as friendships with her brother's wife and a nearby girl, the ill-fated baby's doomed mother disappears without a trace. Solemn remains trapped by connections to the missing other woman and an honest cop who suspects more to the story than others on the small local police force want to see. When her father's next mistake - a robbery - lands Solemn in a group home for troubled girls, she meets a Chicago delinquent who wants to escape. There, Solemn must face the truth of who she really is and what she is really made of.


Praise For Solemn: A Novel…

"The story’s compassionate tone and rich characters will recommend it to fans of family fiction and Buckhanon’s earlier work." - Booklist

"This standout novel is anchored by its vulnerable and brave heroine." - PW

Kalisha Buckhanon’s first novel, Upstate, won an American Library Association Alex Award and was nominated for the Hurston/Wright Foundation Legacy Award in Debut Fiction. Terry McMillan selected her to receive the first Terry McMillan Young Author Award in 2006. A recipient of a 2001 Illinois Arts Council Artist Fellowship and an Andrew Mellon Fellow, Buckhanon frequently teaches writing and speaks throughout the country. She has a M.F.A. in creative writing from New School University in New York City, and both a B.A. and a M.A. in English language and literature from the University of Chicago. She was born in 1977 in Kankakee, Illinois.