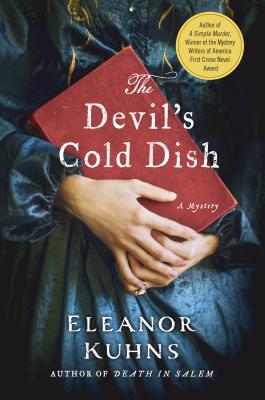 A Mystery (Will Rees Mysteries #5)

Will Rees is back home on his farm in 1796 Maine with his teenage son, his pregnant wife, their five adopted children, and endless farm work under the blistering summer sun. But for all that, Rees is happy to have returned to Dugard, Maine, the town where he was born and raised, and where he's always felt at home. Until now. When a man is found dead - murdered - after getting into a public dispute with Rees, Rees starts to realize someone is intentionally trying to pin the murder on him. Then, his farm is attacked, his wife is accused of witchcraft, and a second body is found that points to the Rees family. Rees can feel the town of Dugard turning against him, and he knows that he and his family won't be safe there unless he can find the murderer and reveal the truth...before the murderer gets to him first.

Praise For The Devil's Cold Dish: A Mystery (Will Rees Mysteries #5)…

“The characters are fully developed and compelling…The setting details and character development create a realistic, immersive atmosphere.”—Booklist on The Devil's Cold Dish

“Good historicals are always a pleasure…This novel has a lot of lore about Salem, its harbor, sailing ships and trade in 1796. Read this one and you’ll want to go back and get the three previous novels.”—The Globe and Mail on Death in Salem

“Skillfully crafted…The atmosphere is conducive to devious and dark plots involving revenge. Will’s investigative style is logical, leading to a satisfying ending where all the main players are gathered to uncover the identity and motive of a ruthless killer.”—RT Book Reviews (4½ stars) on Death in Salem

“Kuhns hits all the right notes—a clever plot, well-rounded characters and a rich sense of place, time and culture—as she successfully weaves all elements together into an intelligent whole.”—Richmond Times-Dispatch on Cradle to Grave

ELEANOR KUHNS is the 2011 winner of the Minotaur Books/Mystery Writers of America First Crime Novel competition. She lives in New York, received her master’s in Library Science from Columbia University, and is currently the Assistant Director at the Goshen Public Library in Orange County, New York.
Loading...
or
Not Currently Available for Direct Purchase