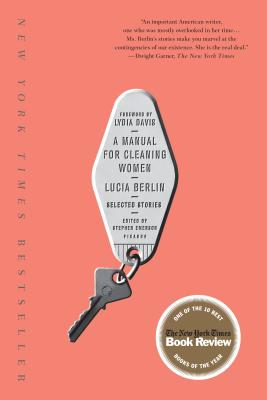 One of The New York Times Book Review's Ten Best Books of 2015
One of Jezebel's Favorite Books of 2016
A Manual for Cleaning Women compiles the best work of the legendary short-story writer Lucia Berlin.