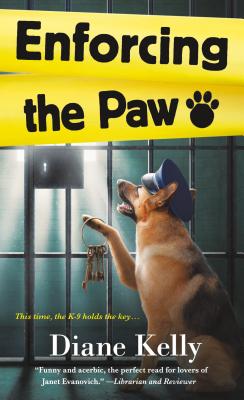 When a case of he-said/she-said turns criminal, it’s up to Megan Luz and her devoted K-9 to dig for the truth. . .

A TAIL OF TWO LOVERS
When relationships go south, some people just can’t—or won’t—let go. When Fort Worth Police Officer Megan Luz and her pawed partner Brigit investigate a series of stalking incidents involving a couple who recently broke up, their detective powers are put to the test. Is this a case of a controlling creep who refuses to accept rejection—or one about a woman scorned whose fury has been unleashed?

WHO END UP IN THE DOGHOUSE. . .
As hostilities escalate between the former lovers, the situation goes from romantically dysfunctional to downright dangerous. He insists his former flame has become a crazy ex-girlfriend intent on vengeance. She alleges that he is a master of manipulation and lays blame entirely at his feet. Who’s the culprit and who’s the victim? Can Megan and Brigit sniff out the truth. . .before somebody ends up dead?