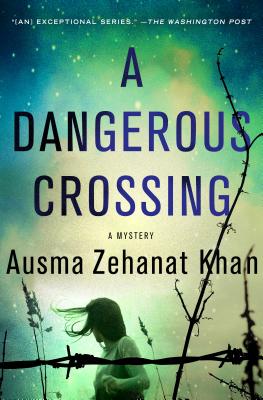 For Inspector Esa Khattak and Sergeant Rachel Getty, the Syrian refugee crisis is about to become personal. Esa’s childhood friend, Nathan Clare, calls him in distress: his sister, Audrey, has vanished from a Greek island where the siblings run an NGO. Audrey had been working to fast-track refugees to Canada, but now, she is implicated in the double-murder of a French Interpol agent and a young man who had fled the devastation in Syria.

Esa and Rachel arrive in Greece to a shocking scene, witnessing for themselves the massive fallout of the Syrian war in the wretched refugee camps. Tracing Audrey’s last movements, they meet some of the volunteers and refugees—one of whom, Ali, is involved in a search of his own, for a girl whose disappearance may be connected to their investigation. The arrival of Sehr Ghilzai—a former prosecutor who now handles refugee claims for Audrey’s NGO—further complicates the matter for Esa, as his feelings towards her remain unresolved.

Working against time, with Interpol at their heels, Esa and Rachel follow a trail that takes them from the beaches of Greece, to the Turkish–Syrian border, and across Europe, reaching even the corridors of power in the Netherlands. Had Audrey been on the edge of a dangerous discovery, hidden at the heart of this darkest of crises—one which ultimately put a target on her own back?


Praise For A Dangerous Crossing: A Novel (Rachel Getty and Esa Khattak Novels #4)…

"One of the most exciting newer names in the mystery field...Khan has crafted a provocative thriller."—Cleveland Plain Dealer

AUSMA ZEHANAT KHAN holds a Ph.D. in international human rights law with a specialization in military intervention and war crimes in the Balkans. She is the author of the award-winning Esa Khattak and Rachel Getty mystery series, which begins with The Unquiet Dead, as well as the critically acclaimed Khorasan Archives fantasy series. Her new crime series featuring Detective Inaya Rahman begins with Blackwater Falls. She is also a contributor to the anthologies Private Investigations, Sword Stone Table, and The Perfect Crime, and the former Editor-in-Chief of Muslim Girl magazine. A British-born Canadian and former adjunct law professor, Khan now lives in Colorado with her husband.
Loading...
or
Not Currently Available for Direct Purchase