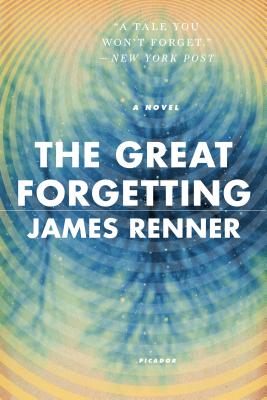 FORGET HISTORY (ESPECIALLY 2016). READ THE LATEST GENRE-BENDING NOVEL FROM THE AUTHOR OF THE MAN FROM PRIMROSE LANE.

When history teacher Jack Felter gets a call that his father, a retired pilot suffering from dementia, is quickly losing his last, precious memories, he reluctantly returns to bucolic Franklin Mills, Ohio. It’s been years since he’s been home. Jack has been trying to forget about Franklin Mills ever since Sam, the girl he fell in love with, ran off with his best friend, Tony. But Tony is gone, now. Vanished. Everyone assumes the worst.

Soon Jack is pulled into the search for Tony, but the only one who seems to know anything is Tony’s last patient, a paranoid boy named Cole. As Cole pulls Jack into his web of conspiracy theories, the two of them team up to follow Tony’s trail—and maybe even save the world.


Praise For The Great Forgetting: A Novel…

PRAISE FOR THE GREAT FORGETTING

“Renner is skilled at constructing intricate puzzles in his books....Here the author makes the most outlandish conspiracies plausible not only to his protagonist but to readers as well....The plot might be over the top, but it’s a fun ride.”—Library Journal

“Renner weaves conceivable means and motive through a variety of conspiracy theories and a reimagined reality to create a unique blend of genres. Anything but predictable.”—Courtney Ophoff, Booklist

“A fascinating concept . . . worth the read.”—Kirkus Reviews

PRAISE FOR THE MAN FROM PRIMROSE LANE

“Fascinating and unpredictable, with shades of Stephen King and H. P. Lovecraft as well as Douglas Adams, [The Man from Primrose Lane] never loses touch with the human story of loss, guilt and fate that is at its core.”—Laura Wilson, The Guardian

“The Man from Primrose Lane barrels along, fueled by Renner’s addictive storytelling....It’s quite the interesting ride.” —Robin Vidimos, The Denver Post

“[The Man from Primrose Lane] features superbly drawn characters and escalates into a genre-bending narrative (noir, sci-fi, and more) of thrills and twists. A great choice for readers who enjoyed Tana French’s In the Woods or any work by Philip K. Dick.”—Library Journal