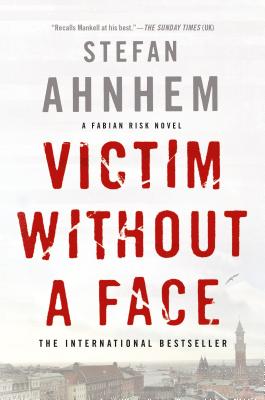 Victim Without a Face

A KILLER WITH A MESSAGE.

Two men are dead. Both had been bullies at school. A single clue has been found at the scene: a class photo, with two faces neatly crossed out.

A DETECTIVE WHO CAN’T LET GO.

Fabian Risk is among the faces in the photograph. He’s also the lead detective on the case. He thought he’d left his schooldays behind. Now his classmates are dying for the sins of their childhood. . . .

CAN YOU EVER HIDE FROM JUSTICE?

The first book in an internationally bestselling, award-winning series, Stefan Ahnhem's Victim Without a Face is a chilling novel about the ultimate revenge.


Praise For Victim Without a Face: A Fabian Risk Novel (Fabian Risk Series #1)…

"Recalls Mankell at his best." —The Sunday Times (UK)

“It’s a better class of murder in Sweden. . . . Epic in scale and ambition, this announces a new arrival in the Swedish crime galaxy.” —Daily Mail (UK)

“This Scandinavian page-turner is sure to keep you up late into the night.” —Guelph Mercury (Canada)

“A through and through brilliant and stringent crime novel that you plow through in large portions with a worryingly high heart rate.” —Norrbottens-Kuriren (Sweden)

“All admirers of Swedish crime can be thrilled about this book as well as the coming stories in the company of Fabian Risk.” —Weekendavisen (Denmark)

“My god this grabs. It has hands. Truly.” —Caroline Kepnes, author of You

“Full of surprise, suspense, and the shadows of the past. I read it in one sitting.” —Åke Edwardson, author of Room No. 10

“Grabs you from the very first page and refuses to let you go.” —Michael Hjort and Hans Rosenfeldt, authors of the Sebastian Bergman series

STEFAN AHNHEM is an established screenwriter for both TV and film, and has worked on a variety of projects, including adaptations of Henning Mankell’s Kurt Wallander series. He also serves on the board of the Swedish Writers Guild. Victim Without a Face, his first novel, won Sweden’s Crimetime Specsavers Award and Germany’s MIMI for best crime fiction. He lives in Stockholm.
Loading...
or
Not Currently Available for Direct Purchase