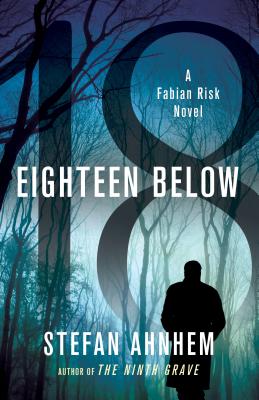 The third book in the internationally bestselling Fabian Risk series, a terrifying story of stolen identity and serial murder.

ON A HOT SUMMER'S DAY

The police chase a speeding car through the streets of Helsingborg. When they reach the bridge, the driver keeps going straight into the cold, dark waters of the Öresund strait.

The body recovered from the wreck is that of Peter Brise, one of the city's richest tech entrepreneurs. Fabian Risk and his team are confident this is suicide. Young, rich, successful—Brise just didn't know how to ask for help.

But then the autopsy reveals something unexpected. Brise was already dead when his car crashed. He'd been brutally murdered two months ago. His body frozen in perfect condition, at eighteen degrees below zero...Something doesn't match up. And when a string of other odd murders and unusual behavior come to light in the area, Fabian Risk takes the case.

STEFAN AHNHEM is an established screenwriter for both TV and film, and has worked on a variety of projects, including adaptations of Henning Mankell’s Kurt Wallander series. He also serves on the board of the Swedish Writers Guild. Victim Without a Face, his first novel, won Sweden’s Crimetime Specsavers Award and Germany’s MIMI for best crime fiction. He lives in Stockholm.
Loading...
or
Not Currently Available for Direct Purchase