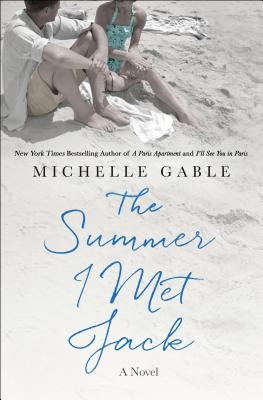 The Summer I Met Jack

"[The Summer I Met Jack] offers an alternate Kennedy family history that will leave readers wondering whether America knew the real JFK at all." --Kirkus Reviews

New York Times bestselling author imagines the affair between John F. Kennedy and Alicia Corning Clark - and the child they may have had.

Based on a real story - in 1950, a young, beautiful Polish refugee arrives in Hyannisport, Massachusetts to work as a maid for one of the wealthiest families in America. Alicia is at once dazzled by the large and charismatic family, in particular the oldest son, a rising politician named Jack.

The Summer I Met Jack by Michelle Gable is based on the fascinating real life of Alicia Corning Clark, a woman who J. Edgar Hoover insisted was paid by the Kennedys to keep quiet, not only about her romance with Jack Kennedy, but also a baby they may have had together.


Praise For The Summer I Met Jack: A Novel…

“A splendid portrait of a spirited survivor thriving in a man’s world...this sparkling novel will enthrall readers.” - Publishers Weekly

“A riveting tale about America’s most romanticized family.” - Kirkus

“Gable brings her flair for multigenerational stories rooted in New England summers to this inspired-by-a-true-story tale that will appeal to Kennedy watchers, seasonal romantics, and fans of old Hollywood.” - Booklist

“Clark proves as fascinating a figure as JFK and both are explored here with much imagination. A must read.” - Toronto Star

1. Jewelry plays a symbolic role in The Summer I Met Jack: Alicia’s father’s watch, the necklace Jack gives her, and her engagement ring. What do each of these things represent to Alicia, both individually and taken as a whole?

2. From the beginning, Alicia has a taste for fine clothes and especially fur, even when she can’t afford to dress herself this way. Why? Do you think this speaks more to her early, privileged years, or what she lacked while in the convent and at the camp? Or are her predilections more aspirational in nature? Her vision of “The American Dream”?

3. What might’ve happened to Alicia if she wasn’t so prone to “moving on”? Imagine Alicia in 1970, at age forty. Imagine her in 1985, at fifty-five. How would these versions of Alicia look if she stayed in Hyannis? What about if she stayed in Hollywood?

4. Who did Alicia love most in her lifetime? Jack? Her father? Someone else?

5. Although The Summer I Met Jack is a novel, it is rooted in fact. Did this book at all change your opinion about the Kennedys?

6. Knowing that Jack did have a relationship with Alicia 1951, and, according to the FBI, she was a continued threat ten years later, do you think the author portrayed a realistic version of the significance of their relationship?

7. How might history have been different if Jack had married Alicia? Do you think he would still have been elected President?

8. If Irenka had not told the Kennedys that Alica was a Jew, do you think they would have discovered it on their own? What motivated Irenka to hurt Alicia?

9. Do you believe that Jacqueline Kennedy knew about Alicia and her husband? What about his other mistresses?

10. If Joe Jr. had survived, would he have become President instead of Jack? What would Jack have done for a living?

11. Did Alicia really have Jack Kennedy’s child, or do you think the child truly belonged to Novella?

12. Did Alicia do the right thing with Benedetta? Was this truly out of concern for the child’s welfare, or because she didn’t want to be tied down?

13. Discuss the ways in which both Alicia and Jack were selfish. What other personality traits did they share?

14. Why did Alicia marry Edmund Purdom? What about Alfred Corning Clark? Did she love either one of them?

15. Serena is unsure whether to find out the details of her heritage. Did you understand her reasons? Would you want to find out, even though, as she says, “One gets the impression that sometimes not even the Kennedys want to be Kennedys”?

16. What were your thoughts on the Kennedys’ Hyannisport compound? Is there a regular place you’ve “summered”? Do you find the concept appealing? Would you want to belong to a family that expected you to be certain places, at certain times, like Cape Cod in the summer and Palm Beach for the holidays?

17. Did you have any premonition about the story of Alicia’s childhood, or the fate of her parents, her mother in particular? What were the clues?

18. Do you find Jack attractive? What made him attractive to so many? His looks, his magnetism, or his power and wealth? St. Martin’s Press Discussion Questions

19. Should the bellman, doorman, and lift operator receive the million dollars that Alicia left for each of them?

20. How do you wish Alicia’s story had ended?