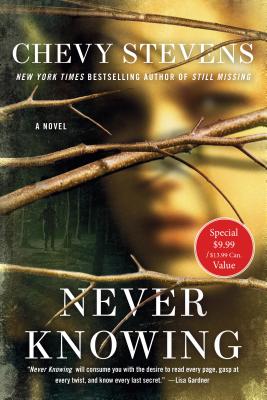 FROM THE BESTSELLING AUTHOR OF "STILL MISSING "COMES A PSYCHOLOGICAL THRILLER ABOUT ONE WOMAN'S SEARCH INTO THE PAST...AND THE DEADLY TRUTH SHE UNCOVERS.

All her life, Sara Gallagher has wondered about her birth parents. As an adopted child with two sisters who were born naturally to her parents, Sara never had an ideal home life. The question of why she was given up for adoption has always haunted her. Finally, she is ready to take steps and to find closure.
But some questions are better left unanswered.
When Sara manages to locate her birth mother, she is met with horror and rejection. It's not long before Sara discovers the devastating truth: Her mother was the only victim to escape a killer who has been hunting women every summer. For decades. And he shows no signs of stopping anytime soon.
What if murder is in your blood?
The only thing worse than Sara finding out about her father is him finding out about "her." But now that the door to her past has been opened, is it too late?
"Stevens's unnerving thriller about a woman's search for her birth parents matches the intensity of her impressive debut, "Still Missing.""-"Publishers Weekly.

Chevy Stevens grew up on a ranch on Vancouver Island and still lives on the island with her husband and daughter. When she's not working on her next book, she's camping and canoeing with her family in the local mountains. Her debut, "Still Missing," won the International Thriller Writers Award for Best First Novel. Please visit her at www.chevystevens.com to learn more.
Loading...
or
Not Currently Available for Direct Purchase