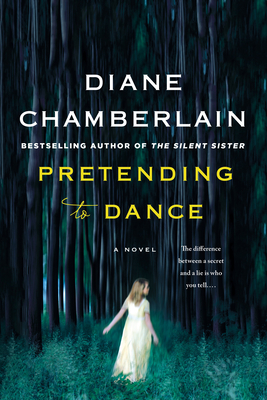 As the questions and background checks come one after another, Molly worries that the truth she's kept hidden about her North Carolina childhood will rise to the surface and destroy not only her chance at adoption, but also her marriage. She ran away from her family twenty years ago after a shocking event left her devastated and distrustful of those she loved: her mother, the woman who raised her and who Molly says is dead but is very much alive; her birth mother, whose mysterious presence raised so many issues; and the father she adored, whose troubling death sent her running from the small community of Morrison Ridge.

Told with Diane Chamberlain’s compelling prose and gift for deft exploration of the human heart, Pretending to Dance is an exploration of family, lies, and the complexities of both.


Praise For Pretending to Dance: A Novel…

Praise for Pretending to Dance

“A multilayered, poignant novel...Reminiscent of a Sarah Dessen or Sharon Creech novel, Pretending to Dance proves that a coming-of-age story can happen at any time in your life.” —Booklist

“Chamberlain writes a page turned that sneaks up on you, so that you don’t realize you’re turning page after page long after it’s time to set the book down and do something else, even go to sleep at night…It’s compelling and wonderfully suspenseful.” –Durham Herald-Sun

DIANE CHAMBERLAIN is the New York Times and USA Today bestselling author of twenty-eight novels published in over fifteen languages. Her books include Big Lies in a Small Town, The Stolen Marriage and The Dream Daughter. She lives in North Carolina with her partner, photographer John Pagliuca, and her sheltie, Cole.
Loading...
or
Not Currently Available for Direct Purchase