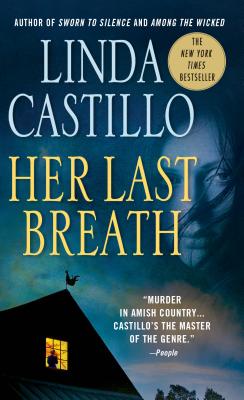 It’s a rainy night in Painter’s Mill when, from out of nowhere, a speeding car comes hurtling toward an Amish man and his three children. What at first seems like a tragic but routine car accident becomes personal for Chief of Police Kate Burkholder when she discovers that the victims are the family of her childhood friend, Mattie.
“A stunner.”—Publishers Weekly (starred review)

As Kate delves into the investigation, she comes face-to-face with her own Amish past and memories of growing up with Mattie, an extraordinary beauty for whom trouble has never been far behind. Is there something more to this mysterious car crash that killed Mattie’s husband? What is Mattie hiding—and who is she trying to protect? Meanwhile, Mattie’s son—the only one who really knows what happened—clings to life in the hospital, unable to communicate. Desperate for answers, Kate slowly uncovers the trail of a stone-cold killer—one who is likely living among the Amish, and calls into question everything and everyone Kate has ever known…in Her Last Breath.

LINDA CASTILLO is the New York Times bestselling author of the Kate Burkholder novels, including Sworn to Silence, which was adapted into a Lifetime Original Movie starring Neve Campbell as Kate Burkholder. She has received numerous industry awards including a nomination by the International Thriller Writers for Best Hardcover, the Daphne du Maurier Award of Excellence, and a nomination for the RITA. In addition to writing, Castillo’s other passion is horses. She lives in Texas with her husband.
Loading...
or support indie stores by buying on
(This book is on backorder)