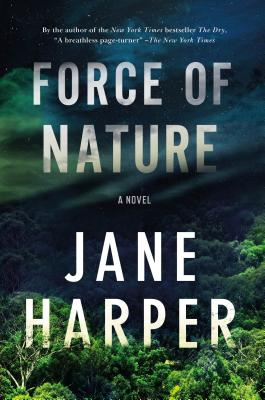 “A company team-building weekend in the thick Australian bush goes awry when the women's team gets lost. Hidden feelings between team members complicate their mission to get back to the camp. When four of the five return, they each have a different story about what happened to Alice. After his debut in The Dry, Aaron Falk returns to solve this mystery and resolve some personal issues, but this time we have wet, cold wind creating the most miserable conditions imaginable for those who are lost, hungry, and quickly becoming suspicious of each other. The complicated plot, edge-of-your-seat suspense, and vivid description of the rugged Giralang Ranges will keep you breathless.”
— Nancy McFarlane, Fiction Addiction, Greenville, SC
View the List

“A company team-building weekend in the thick Australian bush goes awry when the women’s team gets lost. When four of the five return, they each have a different story about what happened to Alice. After his character’s debut in The Dry, Aaron Falk returns to solve this mystery and resolve some personal issues, but this time, instead of a drought, we have a wet, cold wind creating the most miserable conditions imaginable for a group of lost, hungry women who are quickly becoming suspicious of each other. The complicated plot, edge-of-your-seat suspense, and vivid description of the rugged Giralang Ranges will leave you breathless.”
— Nancy McFarlane, Fiction Addiction, Greenville, SC
View the List

Five women go on a hike. Only four return. Jane Harper, the New York Times bestselling author of The Dry, asks: How well do you really know the people you work with?

When five colleagues are forced to go on a corporate retreat in the wilderness, they reluctantly pick up their backpacks and start walking down the muddy path.

But one of the women doesn’t come out of the woods. And each of her companions tells a slightly different story about what happened.

Federal Police Agent Aaron Falk has a keen interest in the whereabouts of the missing hiker. In an investigation that takes him deep into isolated forest, Falk discovers secrets lurking in the mountains, and a tangled web of personal and professional friendship, suspicion, and betrayal among the hikers. But did that lead to murder?

“Force of Nature bristles with wit; it crackles with suspense; it radiates atmosphere. An astonishing book from an astonishing writer.”
—A.J. Finn, author of The Woman in the Window

Select praise for The Dry:
"One of the most stunning debuts I've ever read. Every word is near perfect. Read it!"
—David Baldacci, #1 New York Times bestselling author

“A breathless page-turner … Ms. Harper has made her own major mark.”
—The New York Times

Jane Harper is the author of The Dry. Winner of the Victorian Premier’s Literary Award for an Unpublished Manuscript,The Dry is Jane’s first novel, with rights sold to over twenty territories. Jane worked as a print journalist for thirteen years both in Australia and the UK and lives in Melbourne.

Praise For Force of Nature: A Novel…

"Compelling...Harper continues the intense plotting and detail for characters and setting that she established in The Dry."
—Associated Press

"All of the novel's characters have been drawn with exceptional complexity, and none more so than Aaron Falk...So much more than a conventional detective, the reflective and compassionate Falk provides the book's moral compass."
—New York Times Book Review

“Secrets revealed as the investigation unfolds will keep readers guessing until the unlikely plot reveals itself in the last pages of the novel. Fans of her debut book The Dry will find Force of Nature lives up to the exciting expectations Harper is becoming known for building.”
—Florida Times-Union

“Force of Nature reinforces Harper’s gift for creating characters with complicated relationships and especially for writing about wild landscapes, where anything can happen.”
—LitHub

“Even more impressive than The Dry…An almost unbearable level of suspense…Nature is a hostile, unpredictable force in both of Harper’s novels, but her brilliance lies in making it into a test of horribly fallible human nature.”
—Sunday Times

“While the plot unfolds at an expertly controlled pace and is resolved in a satisfyingly ambiguous fashion, it is the relationships between the women that drive the novel…Thoughtful, moving, troubling.”
—Irish Times

"Both novels are intense, deeply intelligent psychological thrillers that explore how our pasts – especially our childhoods – mold and disrupt our lives in the present."
—Christian Science Monitor

“Harper’s crackerjack plotting propels the story…Harper layers her story with hidden depths, expertly mining the distrust between Alice and her four colleagues, and the secrets that simmer under the surface…A spooky, compelling read.”
—Kirkus

“Stellar… The briefest dip into the prologue results in stomach-tightening anticipation that begs the reader to continue… [Harper] infuses the narrative with energy and atmosphere as Falk plumbs professional and personal relationships for clues to Alice's fate.”
—Shelf Awareness

"Set against the fascinating backdrop of a wild, rural location in south Australia...Presents an intriguing crime that might not actually exist and potential suspects with realistically complex personalities and possible motives. The two story lines, past and present, collide with a satisfying yet not gratuitous conclusion."
—Library Journal

“A gripping tale of an elemental battle for survival…Harper once again shows herself to be a storytelling force to be reckoned with.”
—Publishers Weekly

“Jane Harper is a must-read writer, and Aaron Falk is the Harry Bosch of the outback. Force Of Nature is a remarkable hybrid of suspense, wilderness survival, memorable characters, and gorgeous writing.”
—Michael Koryta, New York Times bestselling author of Those Who Wish Me Dead

“I loved The Dry. Force of Nature is even better. Brilliantly paced, it wrong-foots the reader like a rocky trail through the bush. I adored it.”
—Susie Steiner, bestselling author of Missing, Presumed and Persons Unknown

“A major voice in contemporary fiction. Like Tana French's Dublin Murder Squad series and Kate Atkinson's Jackson Brodie novels, Jane Harper's deftly plotted mysteries double as sensitive inquiries into human nature, behavior, and psychology. And like The Dry, Force of Nature bristles with wit; it crackles with suspense; it radiates atmosphere. An astonishing book from an astonishing writer.”
—A.J. Finn, author of The Woman in the Window

“Lord of the Flies in the Australian outback, with grown women in place of school boys. I loved every chilling moment of it. A blistering follow-up to The Dry from one of the best new voices in crime fiction.”
—Sarah Hilary, author of the bestselling DI Marnie Rome series

“Manages to be two things at once. It's a financially skewed police procedural with a likeable detective with his own personal trajectory at its heart, and it's something of a "locked room mystery". The fact that the "locked room" is neither in a vicarage, nor on an island, but somewhere in the claustrophobic vastness of the Australian bush renders Force of Nature all the more original and engaging.”
—Sydney Morning Herald

“As thick with menace as the bush that seems to swallow the difficult Alice…Force of Nature cuts between past and present, corporate and domestic, and cements its author as one of Australia’s boldest thriller writers.” —Australian Women’s Weekly

"The narrative is finely constructed, with perfectly measured pace and suspense. So much so that it reminded me of another master of form, Liane Moriarty...There are echoes of Picnic at Hanging Rock and Lord of the Flies as any appearance of civility slips away and the women lose direction in a hostile landscape."
—The Saturday Paper (Aus)

"Force of Nature proves Jane Harper, author of The Dry, is no one-hit wonder. Its premise is instantly gripping."
—Herald Sun (Aus)