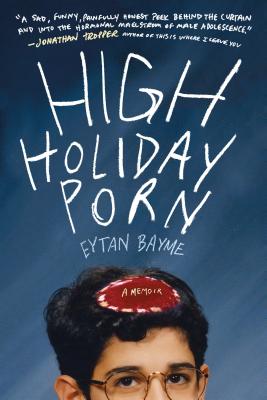 Eytan Bayme went to Jewish day school and Jewish camp. He lived across the street from a synagogue in the Bronx, which he attended weekly, and kept kosher for most of his childhood. Yet even at the age of six, he wanted to know what the deal was with those Pizza Huts and Burger Kings that he wasn’t allowed in. God wouldn’t put them on Earth if He didn’t mean for us to try them, he thought. Wasn’t that obvious? Also why can’t he stop thinking about girls in bed, late at night, with his little brother five feet away? And how come the starting lineup for the 1986 Mets keeps creeping into those fantasies?

“Mark Twain is back among us, reincarnated as a Jewish kid from the Bronx. . . . Bayme captures boyhood in a way not quite seen since The Adventures of Tom Sawyer . . . in all its mischievous, mysterious glory . . . an abundance of hilarity and heart.” —John Grogan, author of Marley & Me and The Longest Trip Home

“A sad, funny, painfully honest peek behind the curtain and into the hormonal maelstrom of male adolescence.” —Jonathan Tropper, author of This Is Where I Leave You