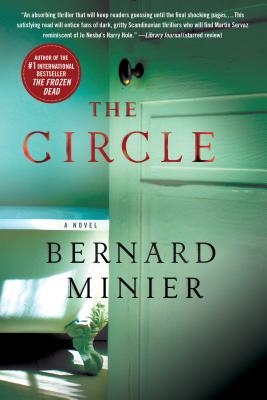 June 2010. In the middle of a World Cup match, Martin Servaz receives a call from a long-lost lover. A few miles away, in the town of Marsac, classics professor Claire Diemar has been brutally murdered.

As if that weren’t disturbing enough, Servaz receives a cryptic e-mail indicating that Julian Hirtmann, the most twisted of all serial killers, is back . . . and hitting a little too close to home. With death and chaos surrounding the small university town in southern France, where he was once a student and where his daughter is now enrolled, Servaz must act quickly.

With the help of detectives Ziegler and Espérandieu, Servaz will have to uncover a world of betrayal and depravity to connect the dots between the gruesome murders that keep reopening wounds from his past. Bernard Minier plunges readers once again into a perfectly constructed, dark, and oppressive atmosphere, driven forward by a gripping plot, pushing the limits of the genre.


Praise For The Circle: A Novel (Commandant Martin Servaz #2)…

“Two years ago I reviewed Minier's debut crime novel, The Frozen Dead, which was quite exceptional. This, his second, is every bit its equal. The Frozen Dead has been listed as one of the 50 best crime novels of the past five years, and its sequel deserves to join it. The sense of creeping dread is viciously sharp and painful in both.” —Daily Mail UK

“Intense and intellectual, Commandant Servaz revisits his past amours in a Pyrenees university town in this clever atmospheric thriller. A gripping read.” —The Times, UK

“Over the past few years , France has produced some of Europe's most striking and original crime novelists. Bernard Minier is up there with the best and has just published a second novel quite as good as his sensational debut, The Frozen Dead. CRIME BOOK OF THE MONTH.” —The Sunday Times, UK

BERNARD MINIER grew up in the foothills of the French Pyrenees. He had a career as a customs official before publishing his first novel, The Frozen Dead, in 2011. The novel has been translated into a dozen languages and has garnered critical acclaim as well as several literary prizes in France. Minier lives in the Essonne, south of Paris.
Loading...
or support indie stores by buying on