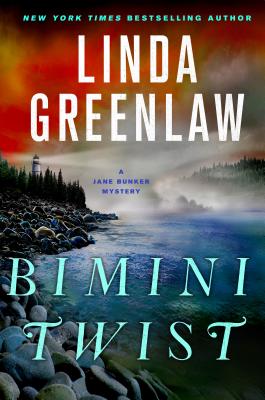 It seems like everyone in Green Haven knows that Jane Bunker has scored an invite to the ultra-exclusive Summer Solstice Soiree—and they all assume she’ll be in attendance, as one of the few eligible single women in town. Of course, that’s the last place Jane would like to be; hobnobbing and making small talk with the upper crust isn’t exactly her idea of a good time. She prefers to put in her hours working as an insurance investigator, and part-time as the deputy sheriff. When she gets to work one morning, the sheriff asks her to take a break on her personal war on drugs—it seems that she’s been so successful catching dealers and interrupting the flow of drugs in the area that she’s called too much attention to just how bad it’s gotten, and the community is worried that all the attention on the drug trade will deter the summer tourists that Green Haven so badly needs to keep the economy going.

Instead, Jane takes on a missing person case—a young woman working at the Bar Harbor Inn has disappeared. The Inn employs foreign exchange students from all over the world during the busy summer season, and the missing Bianca Chiriac is one of them. When it becomes clear that Bianca isn’t just sleeping off a late-night party, Jane is plunged into the underbelly of the resort town, and must find the missing woman before the worst happens.

"Jane is a no-nonsense, principled lead who is surrounded by well-drawn, quirky secondary characters. The mix of police procedural and small-town mystery will appeal to those who enjoy Mary Logue's Claire Watkins and J.A. Jance's Joanna Brady series."--Booklist