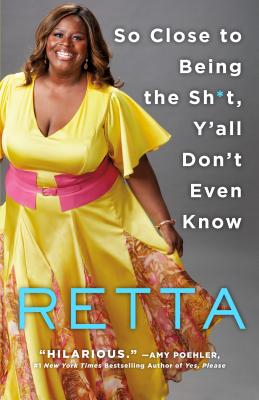 So Close to Being the Sh*t, Y'all Don't Even Know


Praise For So Close to Being the Sh*t, Y'all Don't Even Know…

"With effervescent charm and wit, the Parks and Recreation star takes readers along on her not-so-meteoric rise from "roaches to riches" before reflecting on her life of fame (fending off trolls, flirting with Michael Fassbender, etc.)." —Goodreads

Actress and comedian RETTA has delighted audiences with her performance aptitude and comedy precision and has established herself as a consistent first pick for Hollywood. Retta currently stars as Barbara on the Bravo hit series Girlfriends’ Guide to Divorce. Previously Retta spent seven seasons playing the uber beloved office mate Donna Meagle on NBC's critically acclaimed comedy Parks and Recreation.
Loading...
or
Not Currently Available for Direct Purchase