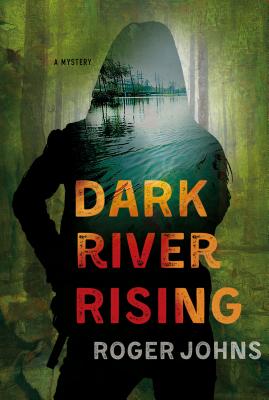 “A finely crafted ensemble and a balanced grace makes this debut novel as hard to resist as blue ribbon gumbo.” —Craig Johnson, New York Times bestselling author of the Walt Longmire Mysteries, the basis for the Netflix hit drama Longmire

Dark River Rising is a tense and expertly-plotted mystery set against the bayous of Louisiana, from debut author Roger Johns.

Baton Rouge Police Detective Wallace Hartman has had better days. With her long-time partner and mentor on medical leave and a personal life in shambles, she’s called to the scene of a particularly gruesome murder: the body of a known criminal has been found in a deserted warehouse, a snake sewn into his belly. Obvious signs of torture point to a cunning and cold-blooded killer who will stop at nothing to find what he’s looking for.

When Federal Agent Mason Cunningham arrives on the scene, Wallace expects a hostile takeover of the case. But when a scientist with ties to the victim goes missing from a government lab, she needs Mason’s federal connections as much as he needs her local insight, and the two form an uneasy partnership to solve a case that grows more complicated—and dangerous—by the minute.

Meanwhile, the killer lurks in the shadows with an agenda no one saw coming, and when Wallace and Mason threaten to get in the way they risk losing everything they hold dear. Including their lives.

ROGER JOHNS is a former corporate lawyer and college professor with law degrees from Louisiana State University and Boston University. He was born and raised in Louisiana, though he and his wife now live in Georgia. Dark River Rising is his first novel.

“Dark River Rising has a finely crafted ensemble and a balanced grace that makes this debut novel as hard to resist as blue ribbon gumbo.” —Craig Johnson, New York Times bestselling author of the Walt Longmire Mysteries, the basis for the Netflix hit drama Longmire

“Roger Johns paints a beautiful and dangerous picture of Baton Rouge. . . . Dark River Rising is crime fiction at its finest, a fascinating blend of atmosphere, a compelling mystery, and a protagonist you won’t soon forget.” —Linda Castillo, New York Times bestselling author of Among the Wicked

“Detective Wallace Hartman is irresistible—damaged, authentic and relentless. In this compelling ripped-from-the-headlines debut, a killer's grisly trademark pulls the Louisiana detective to the dangerous dark center of everything she fears.” —Hank Phillippi Ryan, Anthony, Agatha, and Mary Higgins Clark award-winning author of Say No More

“Riveting detail and a clever detective duo make Dark River a fast-paced and compelling read. Johns skillfully weaves police procedure, romantic tension, and unexpected twists into a plot that had me turning pages late into the night and checking to make sure I’d locked my doors. This is a debut you don’t want to miss!” —Susan Crawford, bestselling author of The Pocket Wife and The Other Widow

“With a lead character that seems destined for an important place in detective fiction, Dark River Rising takes an extremely fresh slant, first on murder, and then on the investigation. I couldn’t wait to find out ‘who done it!’” —Trudy Nan Boyce, Atlanta Homicide Detective (retired) and author of the Detective Sarah Alt novels, Out of the Blues and Old Bones