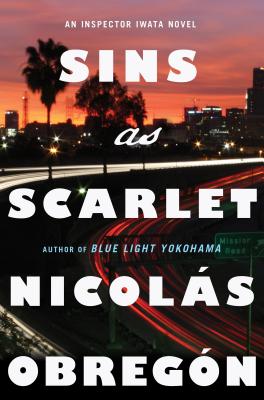 "A dark, brutal ride through the underbelly of LA." —Anthony Horowitz, author of Magpie Murders

After a brutal investigation ripped apart his life, Kosuke Iwata quit both his job as a detective with the Tokyo Police Department and his country, leaving Japan for the sunnier shores of Los Angeles, California. But, although he’s determined to leave his past behind, murder still follows him.

Having set up shop as a private investigator, Iwata is approached by someone from his old life. Her daughter has been killed and the case has gone cold. Out of loyalty, Iwata agrees to take on the case and reinvestigate the homicide. However, what seems initially like a cold-blooded but simple murder takes a complex turn when a witness, a vagrant, recalls the killer's parting words: “I’m sorry.”

From the depths of Skid Row to the fatal expanse of the Sonoran Desert, Iwata tracks the disparate pieces of a mysterious and heartbreaking puzzle. But the more he unearths, the more complex this simple act of murder becomes.

NICOLAS OBREGON is British, born of Spanish parents, and grew up between London and Madrid. Currently an editor for a legal publishing company, he previously worked as a travel writer and gained extensive experience of Japan. Obregon lives in the UK and Blue Light Yokohama is his first novel.

Praise For Sins as Scarlet: An Inspector Iwata Novel…

"Stunning.... Obregon keeps the unpredictable plot of Sins As Scarlet churning with myriad surprises that are grounded in believability.” —Associated Press

"Obregón's second is a neonoir gem with a compelling story, solid prose, and a brooding, honorable, and all-too-human hero." —Kirkus Reviews

"In the heady tradition of Raymond Chandler and Michael Connelly, Sins as Scarlet lays bare the bruised heart and broken soul of Los Angeles. Extraordinary stuff: a diabolically clever police procedural, a wrenching character study, and a merciless chronicle of a city in decay. I’m awestruck." —A. J. Finn, New York Times bestselling author of The Woman in the Window

"Masterpiece—that’s the only way to describe Sins as Scarlet...You will love every minute spent with this one-of-a-kind hero." —Jeffery Deaver, New York Times bestselling author of The Burial Hour