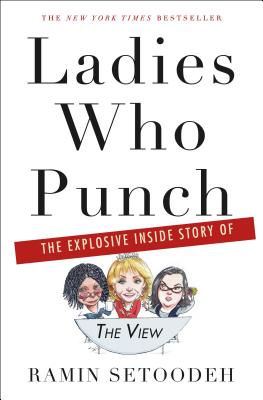 Like Fire & Fury, the gossipy real-life soap opera behind a serious show.

"My biggest regret was ever sitting down with [Ramin]." –Rosie O'Donnell

"That’s something her colleagues who also participated could probably agree on." –Minneapolis Star-Tribune

"I'll be very honest: I read it and I immediately started praying." –Elizabeth Hasselbeck

RAMIN SETOODEH, an award-winning journalist, is the New York bureau chief for Variety. He was formerly a senior writer at Newsweek and has also written for The Wall Street Journal, the Los Angeles Times, and U.S. News & World Report, among other publications. Ladies Who Punch is his first book. He lives in New York City.
Loading...
or
Not Currently Available for Direct Purchase