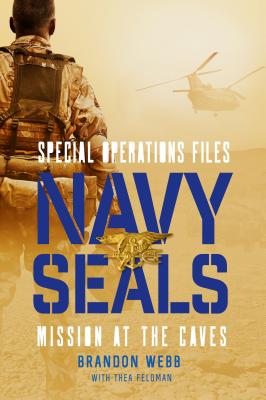 Brandon Webb is a Navy SEAL on a mission with his platoon. As the SEALs explore a network of caves in Afghanistan, they encounter enemy soldiers. Outnumbered and with few resources at their disposal, Brandon and his team must call on their training to complete their operation—and to stay alive.

Packed with photos and maps for context, the Special Operations Files series provides insight into the most elite forces in the U.S. military. These uniquely trained soldiers do what no one else can: employ high-tech weaponry and old-fashioned bravery to get the job done!

BRANDON WEBB is a former U.S. Navy SEAL; his last assignment with the SEALs was Course Manager for the elite SEAL Sniper Course, where he was instrumental in developing new curricula that trained some of the most accomplished snipers of the twenty-first century. Webb has received numerous distinguished service awards, including the Presidential Unit Citation and the Navy Commendation Medal with a “V” for “Valor,” for his platoon’s deployment to Afghanistan following the September 11 attacks. He is editor for Military.com’s blog Kit Up, SOFREP’s Editor in Chief, and a frequent national media commentator on snipers and related Special Operations Forces military issues.

Thea Feldman is a prolific author of leveled readers and picture books for children, including Suryia and Roscoe and Suryia Swims!, which she co-authored with Dr. Bhagavan Antle. She has also worked at the Wildlife Conservation Society where she researched and wrote about the animals in the Society's five urban wildlife parks in New York City. She is a former editorial director at Scholastic.
or
Buy Here
Copyright © 2020 American Booksellers Association