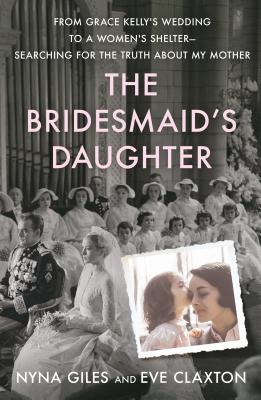 A daughter’s moving search to understand her mother, Carolyn Scott—once a bridesmaid to Princess Grace and one of the first Ford models—who later in life spent years living in a homeless shelter.

Nyna Giles was picking up groceries at the supermarket one day when she looked down and saw the headline on the cover of a tabloid: “Former Bridesmaid of Princess Grace Lives in Homeless Shelter.” Nyna was stunned, shocked to see her family’s private ordeal made so public—the woman mentioned on that cover, Carolyn Scott Reybold, was her mother.

Nyna’s childhood had been spent in doctor’s offices. Too ill, she was told, to go to school like other children, she spent nearly every waking moment at her mother’s side at their isolated Long Island estate or on trips into the city to see the ballet. The doctors couldn’t tell her what was wrong, but as Nyna grew up, her mother, who’d always seemed fragile, became more and more distant. Now Nyna was forced to confront an agonizing realization: she barely knew the woman on the magazine in front of her.

She knew that her mother had been a model after arriving in New York in 1947, living at the Barbizon Hotel, where she’d met the young Grace Kelly and that the two had become fast friends. Nyna had seen the photos of Carolyn at Grace’s wedding, wearing the yellow bridesmaid gown that had hung in her closet for years. But how had the seemingly confident, glamorous woman in those pictures become the mother she knew growing up—the mother who was now living in a shelter?

In this powerful memoir of friendship and motherhood, Nyna Giles uncovers her mother’s past to answer the questions she never knew to ask.


Praise For The Bridesmaid's Daughter: From Grace Kelly's Wedding to a Women's Shelter - Searching for the Truth About My Mother…

“This is a fascinating story of the toll of mental illness and a daughter’s search for understanding and forgiveness.” —Booklist

“[The Bridesmaid’s Daughter] celebrates a lifelong female friendship while shedding light on a powerful, if at times painful and complex, mother-daughter bond. A poignantly compelling memoir about family, mental health, and revisiting the past.” —Kirkus Reviews

“A poignant and courageous account of a dysfunctional family, with the focus on the author's mother, who was a friend of Grace Kelly and a bridesmaid at her historic wedding.” —Donald Spoto, New York Times bestselling author of High Society: The Life of Grace Kelly

“Here is the heart-rending story of two beautiful and glamorous women, and the spirals of disaster into which one of their lives tumbled. As daughter and detective, Nyna Giles writes with moving sensitivity about the dazzling Grace Kelly and her best friend—Nyna’s own mother. The book unfolds like a novel—a tragic and deeply moving saga. Read it and weep.” —Robert Lacey, bestselling author of Grace: Her Lives – Her Loves

“Straight from the heart, and told with great bravery, The Bridesmaid's Daughter is a fascinating and powerful story of a daughter's love for a flawed parent and the struggle to understand a tumultuous childhood.” —Wendy Lawless, New York Times bestselling author of Chanel Bonfire

“With great courage and compassion, Nyna Giles shares a profoundly moving account of her relationship with her mother and her mother’s downward spiral into the dark world of psychotic illness. In doing so, she sheds a much needed light onto the heartbreak and treachery of untreated maternal mental illness on family, and especially on children.” —Diana Lynn Barnes, Psy.D, Women’s Reproductive Mental Health Across the Lifespan

“Nyna Giles’s courageous and moving memoir of her mother provides a heartrending account of the fall from grace of a beautiful woman from a small Ohio town into the abyss of madness and homelessness, and its devastating impact on her family. One of the best personal accounts of the horror of mental illness unchecked since Susan Sheehan’s Is There No Place on Earth for Me. —Jeffrey Lieberman, MD, Chair of Psychiatry at Columbia University Medical Center, past President of the APA, and author of Shrinks: The Untold Story of Psychiatry

NYNA GILES is the youngest daughter of Carolyn Scott Reybold, a model best known as one of Grace Kelly's bridesmaids. Having had a successful, 20-year career in advertising, digital marketing and sales, Nyna now serves as Chief Operating Officer for Giles Communications, a leading public relations company. She is also a tireless advocate for the mentally ill, having served as a vice president on the board of The Association for Mentally Ill Children of Westchester, Inc. for 10 years. She lives in Westchester County, New York with her husband.

EVE CLAXTON is a writer, editor, and Peabody award-winning radio producer. She’s worked as an editor or co-writer on numerous nonfiction books.
Loading...
or
Not Currently Available for Direct Purchase