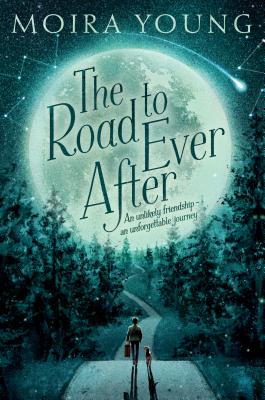 The Road to Ever After

Moira Young's The Road to Ever After is a magical and moving adventure about an unlikely friendship and an unforgettable journey.

Davy David, an orphan, lives by his wits in the dead-end town of Brownvale. When a stray dog named George turns Davy’s life upside down just days before Christmas, Davy sets in motion a chain of events that forces them to flee.

A mischievous wind blows the two of them to a boarded-up museum on the outskirts of town where they meet the elderly recluse, Miss Flint. She has planned one last adventure before her time is up and hires the reluctant Davy and George to escort her. As they travel, the most peculiar thing begins to happen—Miss Flint gets younger and younger with every mile, and her story unfolds along with it.


Praise For The Road to Ever After…

"Gorgeous writing combines with a hauntingly bleak near-future setting, a whiff of holiday magic, and a transcendent story arc to make this novel feel like the classic it deserves to become."--Publishers Weekly, starred review

"The characters are unlikely friends and an enjoyable pair of outlaws. The novel takes a fantastical turn when Miss Flint begins to age backwards. VERDICT This fairy tale–like novel has good potential as a read- aloud and is just quirky enough to not be sentimental."--School Library Journal

Moira Young is from Vancouver. She moved to the UK to attend drama school. She is the author of the Dustlands trilogy, now published in over thirty countries. Her debut novel, Blood Red Road, the first in the trilogy, was optioned for film by Ridley Scott.
Loading...
or support indie stores by buying on