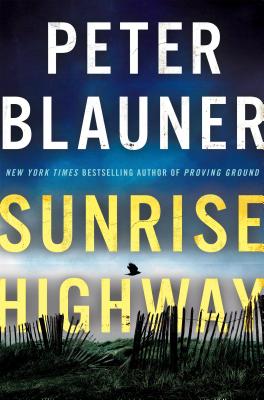 “First rate suspense, with a soupcon of horror in the Hannibal Lecter vein... You won’t be disappointed." —Stephen King

"First rate suspense, with a soupcon of horror in the Hannibal Lecter vein... You won’t be disappointed." —Stephen King

"And just as Robles notes the empty Bacardi bottles and crushed Capri Sun juice packs littering the beach, so too does Blauner keep a tight focus on his regional setting." —Marilyn Stasio, The New York Times Book Review

"Peter Blauner has created one of the most memorable psychopaths since Hannibal Lecter." —The Washington Post

"The prose is economical and precise, the setting well drawn and the characters real enough to give you a chill the next time you cruise past a police car." —Associated Press

"An action-packed and plot twist–laden thriller. Exploring such subjects as police corruption, misogyny, and racism, this is a page-turner of the highest order." —Publishers Weekly (starred review)

"[U]nforgettable characters in an epic battle of good and evil . . ." - NY Journal of Books

“Peter Blauner's bracing, suspenseful Sunrise Highway has everything you want in a thriller . . ." - Popsugar