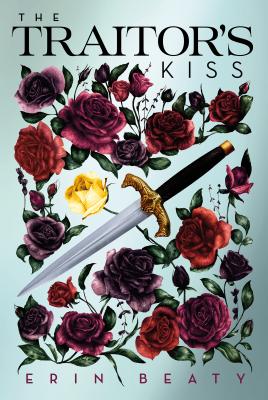 "This is an action-packed, expertly plotted story, drenched in double crosses and intrigue, with an irresistible heroine and a sweet and sexy romance. A late-breaking twist gives way to a final act that will leave readers eager for subsequent books in this planned trilogy." —Publishers Weekly , starred review

An obstinate girl who will not be married.
A soldier desperate to prove himself.
A kingdom on the brink of war.

With a sharp tongue and an unruly temper, Sage Fowler is not what they’d call a proper lady—which is perfectly fine with her. Deemed unfit for a suitable marriage, Sage is apprenticed to a matchmaker and tasked with wrangling other young ladies to be married off for political alliances. She spies on the girls—and on the soldiers escorting them.

As the girls' military escort senses a political uprising, Sage is recruited by a handsome soldier to infiltrate the enemy ranks. The more she discovers as a spy, the less certain she becomes about whom to trust—and Sage becomes caught in a dangerous balancing act that will determine the fate of her kingdom.

With secret identities and a tempestuous romance, Erin Beaty's The Traitor’s Kiss is full of intrigue, espionage, and lies.

"Marital and martial matters collide when brides and spies become ensnared in a treasonous plot. . . . Sage is a clever, contrary female protagonist who remains realistic and likable, while her fellow protagonist Ash is enigmatic enough to require a second read. . . . Both epic and intimate, a semi–old-fashioned alternative to the wave of inexplicably lethal superheroines and their smoldering love triangles." —Kirkus Reviews

"Beaty balances a taut web of deceit...readers will be carried away by the mystery." —The Bulletin of the Center for Children’s Books (BCCB)

"A thrilling tale with an unforgettable heroine and a love story that left me breathless..." —Mary E. Pearson, New York Times-bestselling author of The Remnant Chronicles

Erin Beaty was born and raised in Indianapolis, Indiana, which means she can't drive a tractor, but she won't eat veggies that come from a can. She graduated from the US Naval Academy with a degree in rocket science and somehow always ended up writing her study group's lab reports. After serving in the fleet as a weapons officer and a leadership instructor, it still amazes her when other people want to hear the stories that come out of her head.

She and her husband have five children, two cats, and a vegetable garden and live wherever the navy tells them to go.

The Traitor's Kiss is her debut novel.