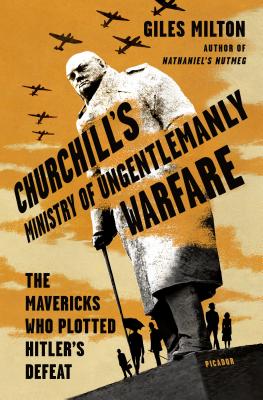 The Mavericks Who Plotted Hitler's Defeat

Six gentlemen, one goal: the destruction of Hitler's war machine

In the spring of 1939, a top-secret organization was founded in London: its purpose was to plot the destruction of Hitler's war machine through spectacular acts of sabotage.

The guerrilla campaign that followed was every bit as extraordinary as the six men who directed it. One of them, Cecil Clarke, was a maverick engineer who had spent the 1930s inventing futuristic caravans. Now, his talents were put to more devious use: he built the dirty bomb used to assassinate Hitler's favorite, Reinhard Heydrich. Another, William Fairbairn, was a portly pensioner with an unusual passion: he was the world's leading expert in silent killing, hired to train the guerrillas being parachuted behind enemy lines. Led by dapper Scotsman Colin Gubbins, these men—along with three others—formed a secret inner circle that, aided by a group of formidable ladies, single-handedly changed the course Second World War: a cohort hand-picked by Winston Churchill, whom he called his Ministry of Ungentlemanly Warfare.

Giles Milton's Churchill's Ministry of Ungentlemanly Warfare is a gripping and vivid narrative of adventure and derring-do that is also, perhaps, the last great untold story of the Second World War.


Praise For Churchill's Ministry of Ungentlemanly Warfare: The Mavericks Who Plotted Hitler's Defeat…

"Milton is a meticulous researcher and masterful storyteller. Churchill’s Ministry of Ungentlemanly Warfare, with its ghastly details and dollops of droll British humor, will reward readers who appreciate military history and good writing."—USA Today (3.5 star out of 4)

“An entertaining read that will keep readers turning the page.”—Library Journal

Giles Milton is the internationally bestselling author of a dozen works of narrative history, including Soldier, Sailor, Frogman, Spy, Airman, Gangster, Kill or Die: How the Allies Won on D-Day. His previous work, Churchill’s Ministry of Ungentlemanly Warfare, is currently being developed into a major TV series. Milton’s works—published in twenty-five languages—include Nathaniel’s Nutmeg, serialized by the BBC. He lives in London and Burgundy.
Loading...
or
Not Currently Available for Direct Purchase