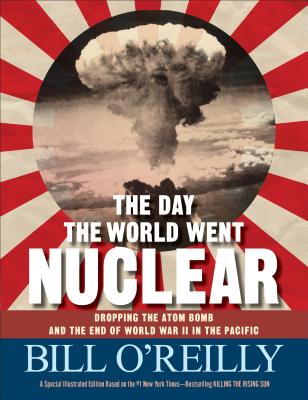 The Day the World Went Nuclear

Autumn 1944. World War II is nearly over in Europe, but in the Pacific, American soldiers face an enemy who will not surrender, despite a massive and mounting death toll. Meanwhile, in Los Alamos, New Mexico, Dr. J. Robert Oppenheimer and his team of scientists are preparing to test the deadliest weapon known to mankind. Newly inaugurated president Harry Truman faces the most important political decision in history: whether to use that weapon.

Adapted from Bill O'Reilly's historical thriller Killing the Rising Sun, with characteristically gripping storytelling, this story explores the decision to use the atom bomb and the end of World War II in the Pacific.


Praise For The Day the World Went Nuclear: Dropping the Atom Bomb and the End of World War II in the Pacific…