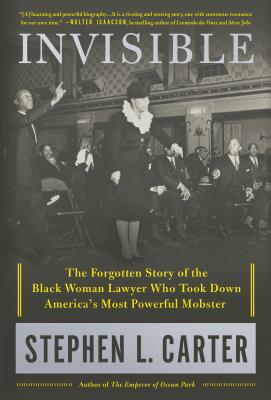 
Praise For Invisible: The Forgotten Story of the Black Woman Lawyer Who Took Down America's Most Powerful Mobster…

Stephen L. Carter is the bestselling author of several novels—including The Emperor of Ocean Park and New England White—and over half a dozen works of non-fiction. Formerly a law clerk for Supreme Court Justice Thurgood Marshall, he is the William Nelson Cromwell Professor of Law at Yale University, where he has taught for more than thirty years. He and his wife live in Connecticut.
Loading...
or
Not Currently Available for Direct Purchase