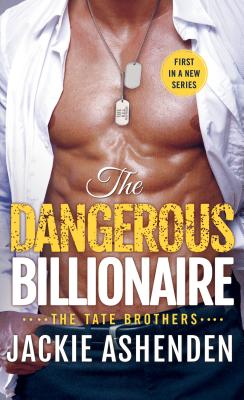 Navy SEAL Sullivan "Van" Tate has been called home to reluctantly inherit an empire and finds himself facing the most difficult mission of all: love.

"Sinfully sexy."--Opal Carew on Mine to Take

Nothing about Sullivan "Van" Tate is what it seems. A Navy SEAL raised among the New York City elite, Van prefers heart-pounding action over a Wall Street corner office. But when his adoptive father dies and his business rivals move in to overtake his empire, Van must suit up to save the company and protect the one woman most forbidden to him…and the object of Van's most dangerous desires.

Chloe Tate is as ambitious as she is gorgeous. With a newfound independence, Chloe is no longer a prisoner on her father’s ranch. But everything changes when losing her father may also mean losing her life. Even with her survival on the line, Chloe can’t deny the burning attraction she feels the moment she locks eyes with Van, her rich, rough and ready, foster brother and the new head of her father’s company. Tall, dark, and muscled, he's the one man who she has no business being with. But how can she resist a Navy Seal Warrior when he’ll do anything to protect her?


Praise For The Dangerous Billionaire: A Billionaire Navy SEAL Romance (The Tate Brothers #1)…

"With a distinct voice and fresh, complex characters, Mine To Take is a sexy, emotional read that gripped me from page one. I can't wait to see what Ashenden brings us next."–Laurelin Paige, New York Times bestselling author

"Dark, explosive, and gritty, with a splash of dominance...tremendously satisfying." - Publishers Weekly Starred Review on In Bed with the Billionaire

"Utterly captivating...with searing sensuality...Ashenden has once again provided series fans with a book to savor and remember.” - RT Book Reviews Top Pick on In Bed with the Billionaire

"Dances on a dark edge and frolics in naughtiness." - Kirkus on In Bed with the Billionaire

Steamy, gritty, and explosive. - Publishers Weekly on Kidnapped by the Billionaire

"[Ashenden is] a master at crafting tension and desire...utterly compelling...dark, sizzling." - RT Book Reviews Top Pick on Kidnapped by the Billionaire.

"The sex is dirty-sweet, with a dark lick of dominance and the tantalizing potential of redemption, and an explosive ending provides the perfect closure to Gabe and Honor's story while setting up the next installment."–Publishers Weekly (Starred Review) on Mine To Take

"Intriguingly dark and intensely compelling...explosive."–RT Book Reviews on Mine To Take, Top Pick!

Jackie Ashenden lives in Auckland, New Zealand with her husband, the inimitable Dr. Jax, and their two kids and two cats. When she’s not torturing alpha males and their stroppy heroines, she can be found drinking chocolate martinis, reading anything she can lay her hands on, posting random crap on her blog, or being forced to go mountain biking with her husband.

Jackie writes dark, sexy contemporary romance for St Martin’s Press, the titles Mine To Take, Make You Mine, and You Are Mine.