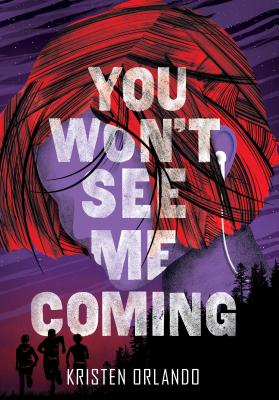 You Won't See Me Coming (The Black Angel Chronicles #3)

After finally taking down Torres, her mother’s merciless killer, Reagan and Luke have two targets on their backs and are forced into hiding. With new names, looks, and cover stories, they’re living quiet, “safe” lives, but revenge comes at a steep price. Reagan’s actions continue to haunt the pair and put the people they love in danger.

When Reagan discovers her best friend Harper is on the verge of being kidnapped, she and Luke defy Black Angel orders and risk blowing their cover to save their friend. After the rescue attempt goes wrong, the three friends must go on the run with an army of assassins hot on their trail and the list of trust-worthy Black Angels getting smaller and smaller. Will they make it out alive? And at what cost?

Fast-paced and suspenseful, this is the explosive finale of Kristen Orlando's Black Angel Chronicles series.

Writing is one of the great loves of Kristen Orlando’s life and she has been lucky enough to make it her living, first as a television producer, then as a marketer and now as a novelist. Kristen graduated with a B.A. in English literature from Kenyon College. She lives in Columbus, Ohio with the other great love of her life, Michael. You Don’t Know My Name is her debut novel.
Loading...
or
Not Currently Available for Direct Purchase