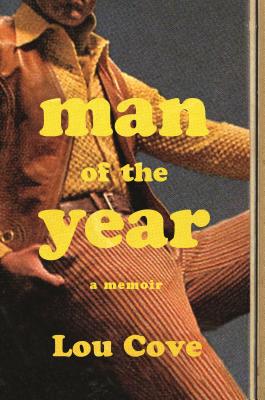 For one 1970’s family, the center may not hold, but it certainly does fold.

In 1978 Jimmy Carter mediates the Camp David Accords, Fleetwood Mac tops charts with Rumours, Starsky fights crime with Hutch, and twelve-year-old Lou Cove is uprooted from the Upper West Side of Manhattan to Salem, Massachusetts– a backwater town of witches, Puritans, and sea-captain wannabes. After his eighth move in a dozen years, Lou figures he should just resign himself to a teenage purgatory of tedious paper routes, school bullies, and unrequited lust for every girl he likes.

Then one October morning an old friend of Lou’s father, free-wheeling (and free-loving) Howie Gordon arrives at the Cove doorstep from California with his beautiful wife Carly. Howie is everything Lou wants to be: handsome as a movie star, built like a god and in possession of an unstoppable confidence.

Then, over Thanksgiving dinner, Howie drops a bombshell. Holding up an issue of Playgirl Magazine, he flips to the center and there he is, Mr. November in all his natural glory. Howie has his eye on becoming the next Burt Reynolds, and a wild idea for how to do it: win Playgirl’s Man of the Year. And he knows just who should manage his campaign. As Lou and Howie canvas Salem for every vote in town – little old ladies at bridge club, the local town witch, construction workers on break and everyone in between – Lou is forced to juggle the perils of adolescence with the pursuit of Hollywood stardom.

Man of the Year is the improbable true story of Lou’s thirteenth year, one very unusual campaign, and the unexpected guest who changes everything.


Praise For Man of the Year: A Memoir…

“A preposterous true tale about one little man's journey into adulthood. I came for the adventures with the male centerfold, but I stayed for the break-your-heart portrait of a nuclear family teetering between enlightenment and core meltdown.”
— Jill Soloway, creator of Transparent

“This book is about a lot of things: fatherhood, religion, friendship, nostalgia and, of course, male nipples. It’s got something for everyone. And best of all, it’s told in Lou’s voice: funny, touching and compelling. Doesn’t even need a centerfold.”
—A.J. Jacobs, New York Times bestselling author of The Year of Living Biblically

"Hilarious, fun and surprisingly touching. You'll instantly fall in love with the Cove family and the surrounding cast of eccentric characters, right down to their smelly rabbit. Man of the Year has my vote."
—Dan Marshall, author of Home is Burning

“Cove has a light touch and an eye for regional and temporal detail… Most who either recall or are curious about this free-loving period of history will find themselves satisfied by Cove's re-creation of his journey out of boyhood.”
—Kirkus Reviews

“I just loved Man of the Year. I laughed. I cried. I’m sure at all the wrong places. Something hilarious and horrible in every paragraph.” — Stephen Tobolowsky

Lou Cove is the author of Man of the Year, a memoir about the year when he served as “campaign manager” for Playgirl magazine’s Mr. November 1978. It worked, Mr. November won.

An editor and journalist for the first ten years of his career, his Man of the Year experience got him hooked on campaigns: He has raised more than $70 million for nonprofit organizations and continues to advise national nonprofits of capacity building and sustainability.

Lou lives in Amherst, Massachusetts, and he hasn’t seen a new copy of Playgirl since 1980.