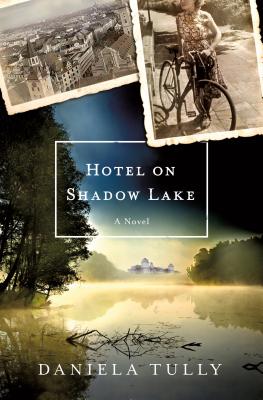 Suspenseful and compelling, Daniela Tully’s Hotel on Shadow Lake is at once an intricate mystery, an epic romance, and a Gothic family saga.

When Maya was a girl in Germany, her grandmother was everything to her: teller of magical fairy tales, surrogate mother, best friend. Then, shortly after Maya’s sixteenth birthday, her grandmother disappeared without a trace, leaving Maya with only questions to fill the void.

Twenty-seven years later, her grandmother’s body is found in a place she had no connection to: the Montgomery Resort in upstate New York. How did she get there? Why had she come? Desperate for answers, Maya leaves her life in Germany behind and travels to America, where she is drawn to the powerful family that owns the hotel and seemingly the rest of the town.

Soon Maya is unraveling secrets that go back decades, from 1910s New York to 1930s Germany and beyond. But when she begins to find herself spinning her own lies in order to uncover the circumstances surrounding her grandmother’s death, she must decide whether her life and a chance at true love are worth risking for the truth.


Praise For Hotel on Shadow Lake: A Novel…

"An intricate read-it-in-one-sitting mystery–cum–family saga...this is a story about murder, greed, love (won then lost), and, above all, intrigue." —Publishers Weekly (starred review)

"[A] complex, deeply involving mystery and love story and family tragedy. Both locations and times are vividly evoked, suspense is smartly sustained, and the two story lines are intricately interwoven and resolved." — About Books, Shawangunk Journal and Sullivan County Democrat

"Tully offers the reader an epic story and emotional intimacy, with rich characters plunged into a mysterious thriller that spans continents and generations. I couldn't put it down." —Uli Edel, director of Last Exit to Brooklyn and Body of Evidence

"Daniela Tully has written a captivating romantic thriller that spans decades, continents, generations and a world war. It's a story of love, tragedy and intrigue that vividly illustrates the unyielding grip that the past holds in shaping the future...and the enduring power of love." —Lee Goldberg, #1 New York Times bestselling author and the writer/producer of Diagnosis Murder, Martial Law and Missing

"A fascinating tale of what it felt like to be a woman under the Third Reich and of one family’s long hidden secrets." —Elisabeth Gifford, author of The Sea House

"An engaging and beautifully told story of love and the strength of family ties which will captivate and entrance all readers." —Claire Allan, author of Poppy Shakespeare

DANIELA TULLY has worked in film and television for decades, including with famed film director Uli Edel. She has been involved in projects such as the critically-acclaimed Fair Game, box-office hits Contagion and The Best Exotic Marigold Hotel, as well as the Oscar-winning The Help. She splits her time between Dubai and New York. Inspired by a real family letter received forty-six years late, Hotel on Shadow Lake is Daniela Tully's first novel.
or
Not Currently Available for Direct Purchase