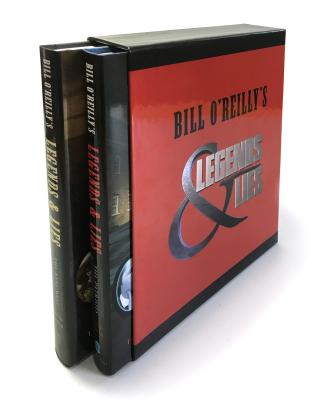 The Patriots and The Real West

In this special edition dual box set, the anchor of The O’Reilly Factor debunks the myths behind two of the most storied eras of our nation’s rich history: The American West and the Revolutionary War. Heavily illustrated with spectacular artwork that further brings the history to life, and told in gripping and fast paced narrative, Legends and Lies will keep readers on the edge of their seats with new takes on stories you think you know and fresh tales that will astonish you. From the Alamo to the Battle of Lexington and Concord, Davy Crockett to George Washington, Annie Oakley to Alexander Hamilton, The Real West and The Patriots capture the bravery and deceit, brilliance and ruthlessness that define these pivotal moments in America's life story.

David Fisher is the author of more than twenty New York Times bestsellers and coauthor of Bill O'Reilly's Legends and Lies series. His work has also appeared in most major magazines and many newspapers. He lives in New York with his wife and two sons.
Loading...
or
Not Currently Available for Direct Purchase