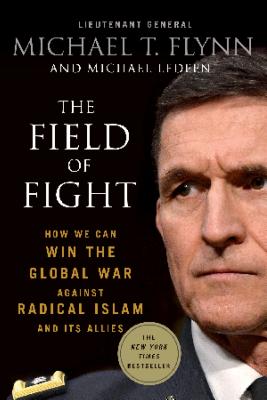 The Field of Fight

A war is being waged against us by radical Islamists, and, as current events demonstrate, they are only getting stronger. Al-Qaeda has morphed into a much more dangerous, menacing threat: ISIS. Boko Haram, Hamas, and other groups continue to foment violence around the world. The Field of Fight succinctly lays out why we have failed to stop terrorist groups from growing, and what we must do to stop them. For if you understand your enemies, it’s much easier to defeat them—and right now, Flynn argues, we do not understand them.
A call to action that is sensible, informed, and original, The Field of Fight offers a plan that combines creative and strategic solutions with political engagement and effective military action; a plan not only to “manage” the problem, or to participate in perpetual conflict, but to win.


Praise For The Field of Fight: How We Can Win the Global War Against Radical Islam and Its Allies…

Dr. Michael Ledeen is the author of more than 35 books, including Accomplice to Evil and Virgil's Golden Egg and Other Neapolitan Miracles. He is Freedom Scholar at the Foundation for the Defense of Democracies, and served as Special Advisor to the Secretary of State and consultant to the National Security Council during the Reagan Administration.
Loading...
or support indie stores by buying on