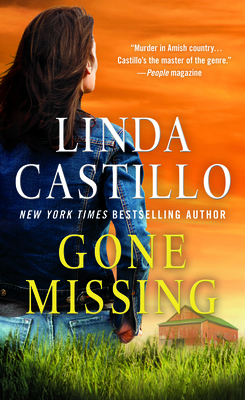 Rumspringa is one year when Amish teens are allowed to experience life without the rules. It’s an exciting time of personal discovery and growth before committing to the church. But when a young girl disappears without a trace, the carefree fun comes to an abrupt and sinister end, and fear spreads through the community like a contagion. When the search for the presumed runaway turns up a dead body, the case quickly becomes a murder investigation. In order to solve this case, Kate will have to call upon everything she has to give—not only as a cop, but as a woman whose own Amish roots run deep.

Kate, along with state agent John Tomasetti, delve into the life of the missing teen and discover links to cold cases that may go back years. Can Kate piece together all the parts of this sinister puzzle in time to save the missing teen and the Amish community from a devastating fate? Or will she find herself locked in a fight to the death with a merciless killer?

“Chilling . . . This series will delight fans of Chelsea Cain and Thomas Harris.” —USA Today on Sworn to Silence

“Shades of In Cold Blood . . . Another chilling thriller.” —People magazine on Pray for Silence

“Violent and earthy, and completely impossible to put down.” —BookPage on Pray for Silence

“If you like the work of Tana French--and yes, you should—Castillo is every bit as good, and much closer to home.” —BookReporter.com on Breaking Silence

“Exceptionally well-drawn characters and a gripping plot that takes some shocking turns to a heart-pounding conclusion . . . another winner.” —Booklist (starred review) on Breaking Silence

“Written at a thrilling pace, with haunting images, Breaking Silence is a novel worth staying up all night to reach the end.” —New York Journal of Books on Breaking Silence