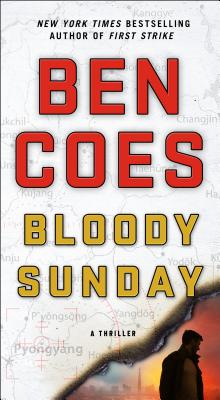 THE FUTURE OF THE WORLD COMES DOWN TO TWENTY-FOUR HOURS…AND ONE MAN.

Dewey Andreas tried to quit. America’s top special forces operative, he has had enough. But after the President himself asks, Dewey agrees to do one last mission. That’s when it all goes wrong.

North Korea’s dictator is a madman. Long a danger to the rest of the world, he is about to implement his long-held, terrible dreams of revenge. To get the missiles he needs to launch a nuclear attack against the United States, he’s trading nuclear triggers with Iran and is sending his top military man to negotiate the trade.

Dewey Andreas is sent to Macau to carry out a bold operation against the North Korean general. But one small slip changes everything. Now Dewey has to do the impossible: in only twenty-four hours, with no room for error, he must find a way to infiltrate North Korea and stop a nuclear attack that will kill millions and devastate two countries.