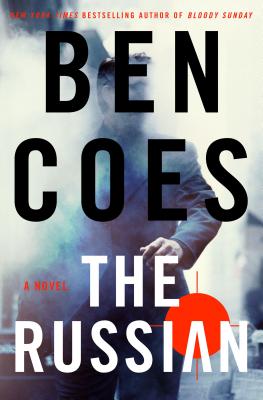 "This new series has me very excited." —Brad Thor

As the brutal Russian mafia becomes the most powerful and deadly criminal enterprise in the U.S., it’s up to covert operative Rob Tacoma to fight back, in a new series by New York Times bestseller Ben Coes.

Ruthless, clever, and unbelievably violent, the Russian mafia has rapidly taken over the criminal underworld in the U.S. and law enforcement has been unable to stem the tide. When a powerful Russian mob family declares war by publicly executing two high-profile American politicians, the message is unmistakable – opposition will be met with overwhelming deadly force. With no other viable options, the President creates a clandestine assassinations team to find and eliminate the unreachable men running this deadly criminal operation.

The CIA recruits two Tier 1 operators – former Navy SEALs Billy Cosgrove and Rob Tacoma. But before they can even get started, the Russians act – murdering Cosgrove in his own home. Now Tacoma is on his own against an organization with endless resources and no boundaries. Step one requires the near impossible - find and kill the hidden mob boss behind Cosgrove’s death. To do this, he’ll have to take on an army in a battle where there are no rules and no limits.

“The opening pages of this fine spy thriller can jolt one, just for a delirious moment, into thinking that Ian Fleming is among us again.” —Booklist

"Think Clear and Present Danger meets John Wick . . . Ben Coes brings the heat with The Russian, a no-rules, no-limits, punch-to-the-gut of a thriller that takes a blowtorch to the competition and will leave readers begging for a follow-up." —The Real Book Spy

"Authentic tradecraft and top-notch action scenes propel the plot. Coes continues to more than hold his own in a crowded thriller field." —Publishers Weekly

BEN COES is the author of the critically acclaimed Power Down and Coup d’Etat. He is a former speechwriter for the George H .W. Bush White House, worked for Boone Pickens, was a fellow at the JFK School of Government at Harvard, a campaign manager for Mitt Romney’s run for governor in 2002, and is currently a partner in a private equity company out of Boston. He lives in Wellesley, Mass.
Loading...
or support indie stores by buying on
(This book is on backorder)