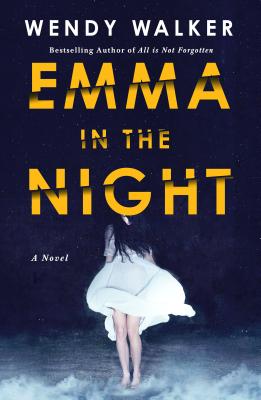 Emma in the Night

Bestselling author Wendy Walker returns with another winning thriller, Emma in the Night.


Praise For Emma in the Night: A Novel…

Praise for Emma in the Night:

"In this searing psychological thriller...Walker's portrayal of the ways in which a narcissistic, self-involved mother can affect her children deepens the plot as it builds to a shocking finale." —Publishers Weekly, Starred Review

"A tense thriller explores the bond between sisters and family dynamics that give new meaning to the term 'dysfunctional'...This thriller aims right for the heart and never lets go." —Kirkus, Starred Review

WENDY WALKER is the author of the psychological suspense novels All is Not Forgotten, Emma In The Night,The Night Before, and Don't Look For Me. Her novels have been translated into 23 foreign languages and have topped bestseller lists both nationally and abroad. They have been featured on The Today Show, The Reese Witherspoon Book Club, and The Book of the Month Club and have been optioned for television and film. Prior to her writing career, Wendy practiced both corporate and family law, having earned her J.D. from Georgetown University Law Center and her undergraduate degree from Brown University. Wendy also worked as a financial analyst at Goldman, Sachs & Co. Wendy is currently finishing her next thriller and managing a busy household in Connecticut.
Loading...
or
Not Currently Available for Direct Purchase