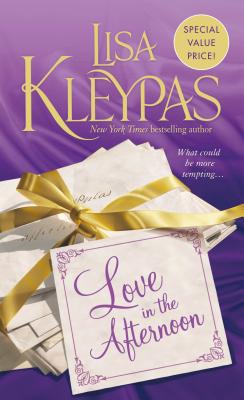 As a lover of animals and nature, Beatrix Hathaway has always been more comfortable outdoors than in the ballroom. Even though she participated in the London season in the past, the classic beauty and free-spirited Beatrix has never been swept away or seriously courted...and she has resigned herself to the fate of never finding love. Has the time come for the most unconventional of the Hathaway sisters to settle for an ordinary man--just to avoid spinsterhood?

Captain Christopher Phelan is a handsome, daring soldier who plans to marry Beatrix's friend, the vivacious flirt Prudence Mercer, when he returns from fighting abroad. But, as he explains in his letters to Pru, life on the battlefield has darkened his soul--and it's becoming clear that Christopher won't come back as the same man. When Beatrix learns of Pru's disappointment, she decides to help by concocting Pru's letters to Christopher for her. Soon the correspondence between Beatrix and Christopher develops into something fulfilling and deep...and when Christopher comes home, he's determined to claim the woman he loves. What began as Beatrix's innocent deception has resulted in the agony of unfulfilled love--and a passion that can't be denied...

Lisa Kleypas is the RITA Award-winning author of many contemporary and historical romance novels, including the Hathaways series, A Wallflower Christmas, and Christmas Eve at Friday Harbor. Her books are published in fourteen languages and are bestsellers all over the world. Kleypas graduated from Wellesley College and published her first novel at the age of 21. In 1985, she was named Miss Massachusetts in the Miss America competition. She lives in Washington with her husband and two children.
or
Not Currently Available for Direct Purchase
Copyright © 2020 American Booksellers Association