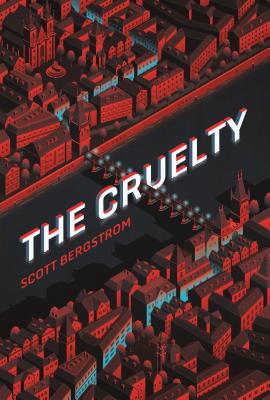 The Cruelty is an action-packed young adult thriller (optioned for film by Jerry Bruckheimer) about a girl who must train as an assassin to deal with the gangsters who have kidnapped her father.

Gwendolyn's father kept his life a secret from her. When he goes missing, she's plunged into a world of assassins, spies, and criminal masterminds.

When Gwendolyn Bloom’s father vanishes, she sets off on a journey she never bargained for. Traveling under a new identity, she uncovers a disturbing truth: to bring her father back alive, she must become every bit as cruel as the men holding him captive.

Praise for The Cruelty:

"Liam Neeson’s 2008 film Taken concerned a spy who engages in mass mayhem while attempting to recover his kidnapped daughter. Bergstrom reverses this plot in his violent, well-crafted first novel. Seventeen-year-old gymnast Gwendolyn Bloom doesn’t learn that her father is a genuine spy?and not merely an overworked State Department employee?until after he is kidnapped by international gangsters, and the CIA makes little attempt to recover him . . . A grim, fast- paced tale." —Publishers Weekly

The Cruelty is a nominee for the 2018 Edgar Award for best Young Adult book.

Scott Bergstrom lives with his wife and daughters in Colorado. The Cruelty is his fiction debut.
Loading...
or
Not Currently Available for Direct Purchase