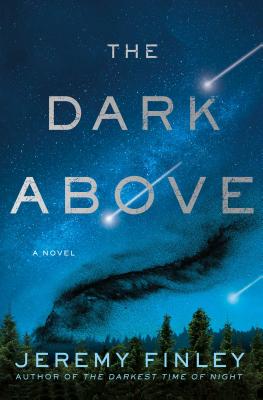 In this sequel to the critically-acclaimed novel that grabbed fans of X-Files and Stranger Things, Jeremy Finley returns with another thriller full of aliens and government cover-ups.

For most of his life, William Chance has been the living proof that his grandmother and her fellow researchers into missing people were right all along about the terror from the stars. Now, he’s avoiding the limelight and hiding out from everyone, including his family. He knows he can avoid everything, except for the nightmares: fires, storms, disease and violence – he dreams of it all.

When he’s suddenly exposed, he finds that the media, government operatives and renegade true believers are desperate to find him, but he has another mission. Joined by a girl with terrifying abilities, he begins a desperate journey across the United States to find the others who share his dreams to stop what could be the final days of the world.

Jeremy Finley’s debut The Darkest Time of Night was called “outstanding” in a starred review from Publishers Weekly and was a June 2018 SIBA Okra Selection. Now, he continues the story of Lynn and William, fifteen years later in a new fast-paced novel full of suspense and government cover-ups, perfect for thriller and supernatural fans alike.


Praise For The Dark Above: A Novel…

"Nail-biting adventure...captivating....Fans of Justin Cronin's The Passage, TV's Stranger Things, and all versions of Stephen King's IT will want to sit under summertime stars to binge this quick read. Any teen of adult fan of sf thrillers will enjoy this story, although they may want to read the first installment before jumping in." —Library Journal

"It is not a stretch to see fans of Netflix's Stranger Things or Sylvain Neuvel's Sleeping Giants (2016) enjoying this book." —Booklist

"As intense as it is compulsively readable. Lyrically written and expertly plotted, moody and elegantly thrilling, it will hook you from page one all the way to the shocking end. This haunting follow-up to his stellar debut THE DARKEST TIME OF NIGHT firmly cements Finley in the who's who of today's thriller writers. It's perfect reading for fans of Stranger Things and The X-Files, but also has a much broader appeal....Perfect summer reading."
—New York Times bestselling author J.T. Ellison

Praise for The Darkest Time of Night: